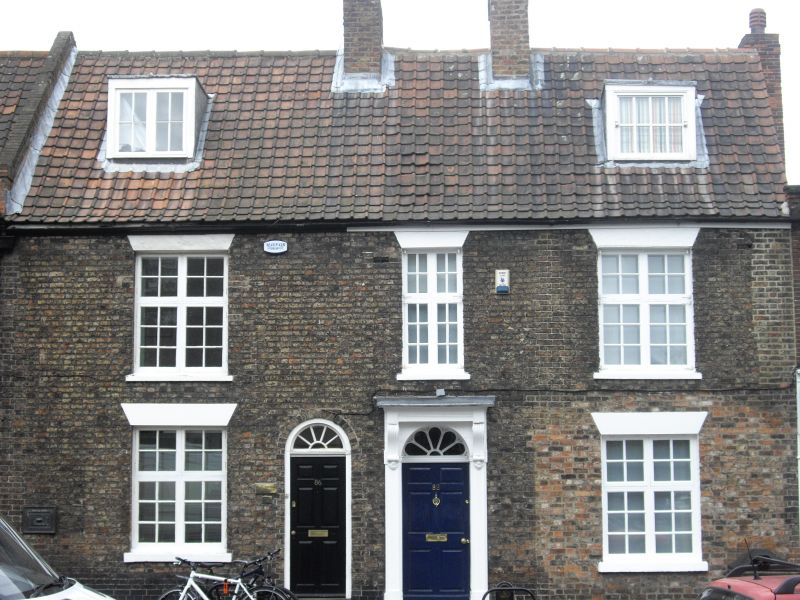 House, later divided into 2 houses; now house and part of
bank. Late C17, re-fronted early C19, and altered 1963.
Yellow-red brick. Pantiled roof.
EXTERIOR: 2 storeys with attics and 3 bays. The timber
casement cross windows have glazing bars and painted rendered
lintels. The right-hand window on the ground floor is a
restoration dating from 1963 when a shopfront was removed. The
central bay contains a doorcase with a fluted surround and
console brackets supporting a frieze and cornice. Above the
door, which has 6 raised and fielded panels, is a fanlight: to
the left a second door, inserted in 1963, of 6 panels under a
semicircular head with fanlight. The attic is lit by 2
flat-roofed dormers. 2 ridge chimneys, one to each side of the
central bay.
INTERIORS: not inspected.
(An Inventory of the Historical Monuments of the City of York:
RCHME: South-west of the Ouse: HMSO: 1972-: 65).