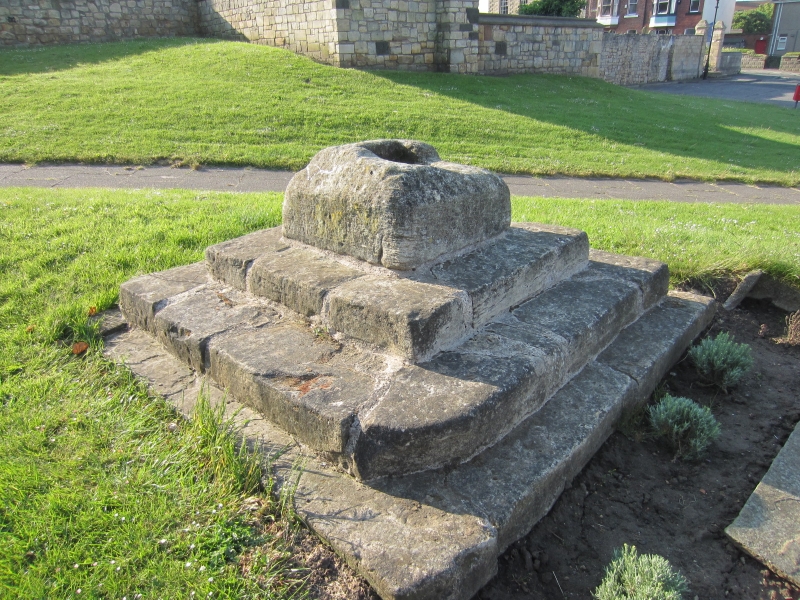 (Formerly listed as Remains of wayside cross, 35m to east of Gray Art Gallery and Museum, CLARENCE ROAD (west side))

Remains of a medieval wayside cross. Dressed limestone. Square cross base with chamfered top, set at the top of three steps. Reported to have been discovered in 1917 "on the north side of the road westward of Low Warren Farm, Hartlepool, near a railway arch" at approximately NZ 5087 3483. Relocated to NZ 50928 32720 into the grounds of the Gray Art Gallery and Museum, Clarence Road and then moved its current location just west of St Hilda's Church in 1997.