A Grade I Listed Building in Weston-under-Redcastle, Shropshire 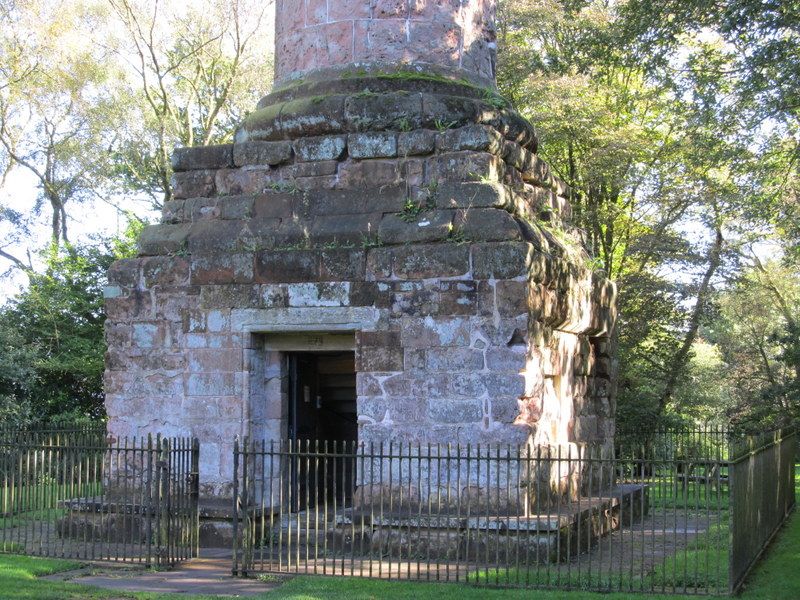 16/185 The Obelisk
-
28.10.60
- I
Column. 1795 for Sir Richard Hill. Red sandstone ashlar with grey sandstone
ashlar to top. Tall circular column on stepped plinth with moulded capping
to top supporting square ledge (formerly railed) above which column continues
with 4 round windows to sides; moulded capping and remains of statue to
top. Square-headed doorway in west side of plinth and narrow rectangular
slit openings to column. Interior: has spiral staircase of 149 steps.
Erected in 1795 to commemorate Sir Rowland Hill, first Protestant Lord Mayor
of London. Formerly surmounted by a statue of the mayor, sculpted by John
Nelson of Shrewsbury, which was shattered during a storm in late 1930s.
Also formerly had plaque with long inscription, probably in rectangular
recess to south side of plinth. On several occasions the Obelisk was illuminated,
for instance when the news of Nelson's victory on the Nile was received.
Commands extensive views over Hawkstone Park and beyond. B.O.E. p.145;
C.L. (July 10, 1958) p.75.