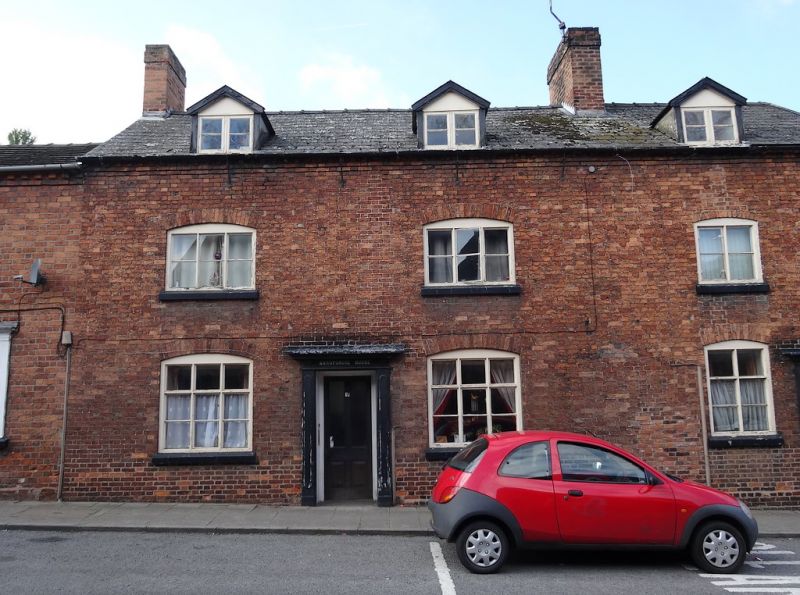 INTERIOR: timber frame (square panels) exposed to original back wall on ground floor, fragmentarily to cross-wall to right of entrance and to right gable end on first floor. Single-purlin roof in three bays with collar and tie-beam trusses visible in attic. Gabled range at right-angles to rear, rebuilt late C20 is not of special architectural interest.