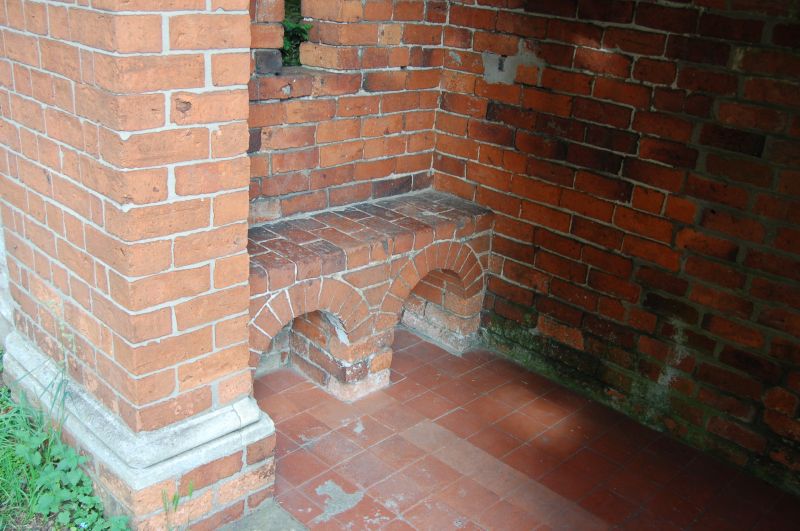 Former pump house. Mid C19, restored 1977. Brick with ashlar
dressings and renewed pantile roof. Single cell. Round arched
doorway with bracket keystone and shell above, with moulded
plinth and imposts. Shouldered ogee gable with kneelers,
moulded coping and ball finial. On each side, a round arched
unglazed opening. Inside, a brick bench with 2 round arched
openings beneath.
A utility building provided for workers on the Belton estate
by the Brownlow family of Belton House.
(The Buildings of England: Pevsner N, Harris J & Antram N:
Lincolnshire: London: 1964-1989: 550).