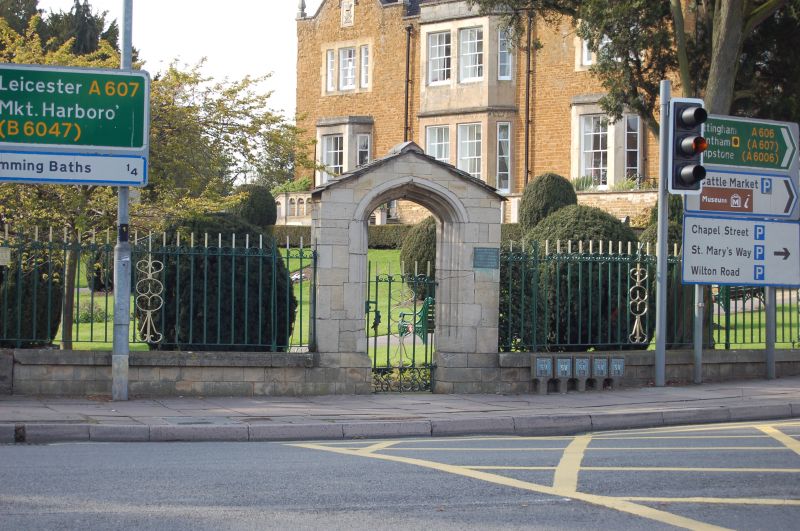 2.
Circa 1480. Stone archway with Tudor arch and moulded responds. Moved here during
C19. Plaque on north side reads: - "This archway, which dates from about 1480, is
all that has survived of the Manor property of the order of St John of Jerusalem
in this town which formerly stood in Spital End now called Nottingham Street".

Egerton Lodge, its raised terrace, the archway in its eastern garden wall, Lady
Wilton's Bridge including the Horse Wash, Leicester Road and Nos 29 to 33 (odd)
High Street form a group (the latter are buildings of local interest).