A Grade I Listed Building in Granby, Nottinghamshire 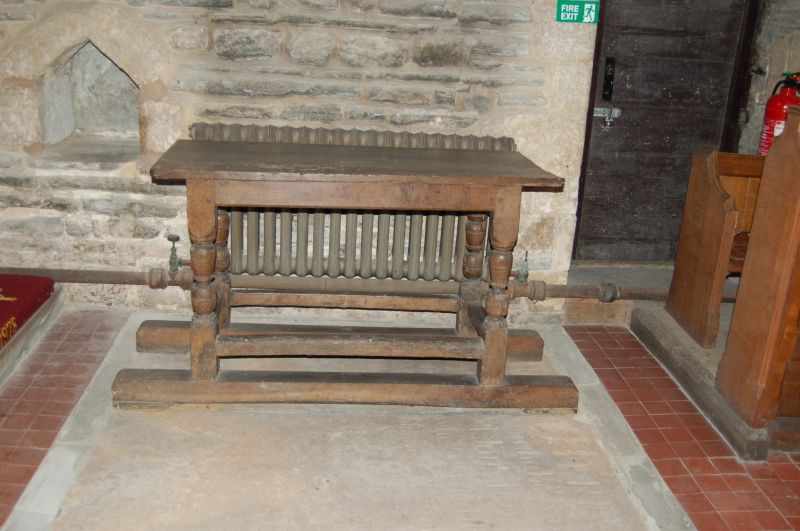 GRANBY
SUTTON LANE
(south side)
Church of All Saints

Church. On a pre-conquest site, C12 fragments, predominantly C13
and C14, reduced in size and restored circa 1777 and restored again
in 1888. Thinly coursed rubble, north side of chancel rendered.
Slate roofs. West tower, 3-bay nave with north and south porches
and chancel. The square, 4-stage tower has broad clasping buttresses
to the 1st stage and a single lancet west window. In the 2nd stage
are 2 small round-headed Norman windows. 2-light, Y-tracery bell-
chamber openings to the 3rd stage. A deep frieze with an ornamental
band, crenellated parapet with gargoyles and corner pinnacles forms the
Perpendicular top stage. Within the 1958 south porch is a C13 Early
English heavily moulded doorway. To the right of this is a Perpendicular
3-light window. The chancel south side has two decorated windows of 2
and 3 lights the latter with trefoils and quatrefoils in the head. The
3-light Decorated east window is of 1888. Restored 2-light windows
with Decorated tracery on north side of nave, a third window is obscured
by the north porch.
Interior: the C14 north arcade is now in the north wall and has double-
chamfered arches on octagonal piers with moulded capitals and demi-column
responds. Masks form the intersection of the arches. The double-
chamfered tower arch, circa 1250, has circular responds with moulded
capitals, and the double-chamfered C13 chancel arch has octagonal responds.
The nave roof is arch-braced with big moulded tie-beams. Two piscinas
and an aumbry on the south side. The C19 font is apparently using an
inverted C14 font as a pedestal. Octagonal oak-panelled pulpit dated
1629. Poppy-head bench ends with details of animals, reptiles, grotesque
heads and one with a merman and a mermaid.
N Pevsner. The Buildings of England, 1979.