A Grade I Listed Building in Whippingham, Isle of Wight 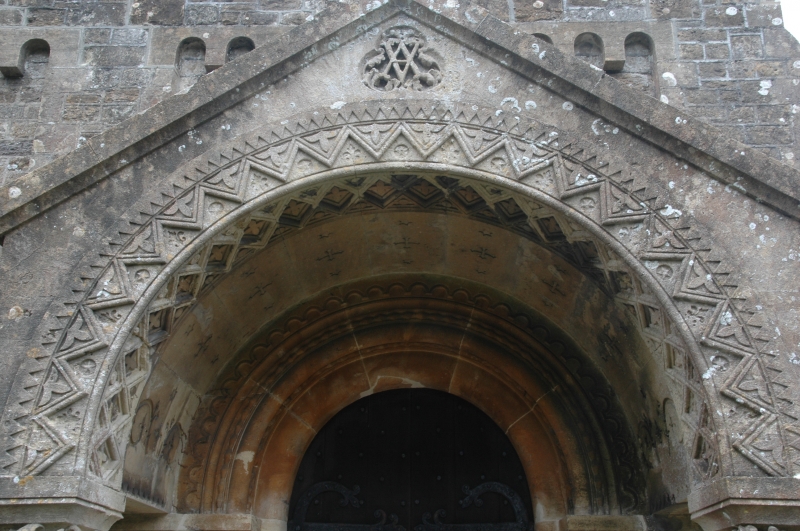 BEATRICE AVENUE
1.
5270
Whippingham
Church of St Mildred
SZ 59 SW 7/15 17.8.51.
I GV
2.
The Osborne estate church. Built between 1854 and 1862 by Albert Jenkins Humbert,
the architect of Sandringham and the 2 mausolea at Windsor. Prince Albert
is supposed to have had a hand in the design. Built in a kind of Rhenish Gothic
style with Norman and Italian Romanesque influences. Built of ashlar with
tiled roof. Cruciform shape. Aisleless nave and transepts in Norman style
with Early Gothic rose windows to transepts. Crossing tower with machicolations.
At its angles are painted turrets. Between these is a pyramidal tiled roof
with an octagonal lantern at its apex surmounted by a pointed spire. Early
English style chancel with aisles of which the south one was the Royal Pew.
This contains memorials to the Prince Consort 1864, to Princess Alice, Grand-Duchess
of Hesse-Darmstadt died 1878 and Prince Leopold Duke of Albany died 1884.
Prince Henry of Battenberg, husband of Princess Beatrice, who died on active
service during the Ashanti War of 1896 is buried in the north aisle of the
chancel which is a memorial chapel. Font by Princess Louise. Included for
historical interest. The churchyard contains some C18 chest tombs and headstones.