A Grade II Listed Building in Bramshott and Liphook, Hampshire 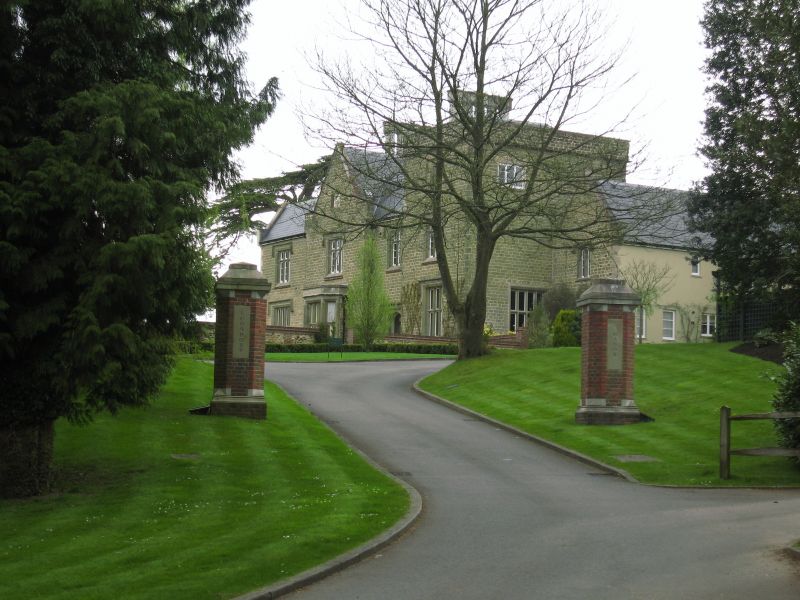 Country House, now an old peoples home. 1827-8 remodelling and enlargement by P. F. Robinson, for Sir James Macdonald, of an earlier house; chapel added in 1870; C20 alterations. Dressed stone. Welsh slate roof with coped gables. Axial stacks with polygonal shafts. PLAN: The old house is contained in the north west wing. In 1827-8 it was remodelled as the south west garden front in the Tudor style and a large wing was added on the south east side with a south east entrance front having a tower on the north east corner. In 1870 a chapel was built on the north west side and in 1928 the main entrance was altered by Kitchen. Tudor style. EXTERIOR: 2 storeys and attic. Asymmetrical 4-bay SE front with large squat 3-storey tower on right and projecting gabled bay to left of centre with canted stone bay window on ground floor and armorial panel in gable; 1, 2 and 3-light stone mullion-transom windows with hoodmoulds and casements; to right of centre a chamfered 4-centred arch doorway with hoodmould inserted by Kitchen in 1928, the original doorway was to right at base of tower. Single-storey wing built on front of left bay later in C20. South west garden front has six gabled bays and 1870 chapel on left; three symmetrical gables at centre, the centre one advanced and with 1:3:1 4-centred arch windows on ground floor, oriel on first floor and blind loop above in gable, the flanking gabled bays have large canted bay windows on ground floor; to right the SE cross-wing with large centre gable flanked by smaller gables set back, C20 single-storey extension obscuring ground floor; to left the chapel with polygonal apse to LH [NW] end. INTERIOR: Much of the 1827-8 interior remains intact including Gothick joinery, panelled ceilings with bosses at the intersections of the ribs, moulded arches and a Gothick screen in the hall, the staircase behind has an C18 panelled dado, but the balustrade is C19. In 1928 Kitchen blocked the main entrance into the hall at the base of the tower and formed an entrance vestibule in the room to its left by inserting an Arts and Crafts glazed timber screen. The Victorian chapel has been subdivided. SOURCES: Colvin, H. Biographical Dictionary of British Architects 1600-1840, page 701. Buildings of England, page 141. Robinson, P. F. Designs for Ornamental Villas [1836], design no.XI.