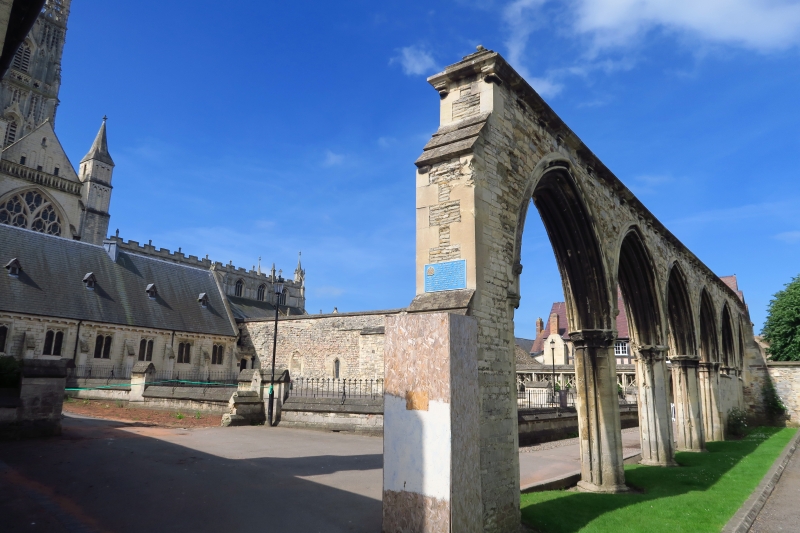 Remains of the former Infirmary of the Benedictine Abbey of St
Peter. Early C13. In C17 the east end of the infirmary,
formerly St Bridget's Chapel, demolished, and the west end
incorporated in a cluster of tenements called Babylon; in 1860
the tenements removed and the surviving C13 masonry exposed
and consolidated. Ashlar and rubble. The remains of the aisled
infimary hall comprise the lower part of the wall at the west
end, six western bays of the south arcade, and two western
piers of the former north arcade.
EXTERIOR: in the west wall the entrance doorway with moulded
arch with hoodmould; the piers to both arcades have attached
shafts with fillets, the capitals either moulded or carved
with stiff-leaf; the arches of the south arcade elaborately
moulded and framed by hoodmoulds with carved stops; above the
south arcade the wall is topped by a C19 weathered capping
with overhangs supported on corbels.
Scheduled Ancient Monument.
(BOE: Verey D: Gloucestershire: The Vale and the Forest of
Dean: London: 1976-: 222).