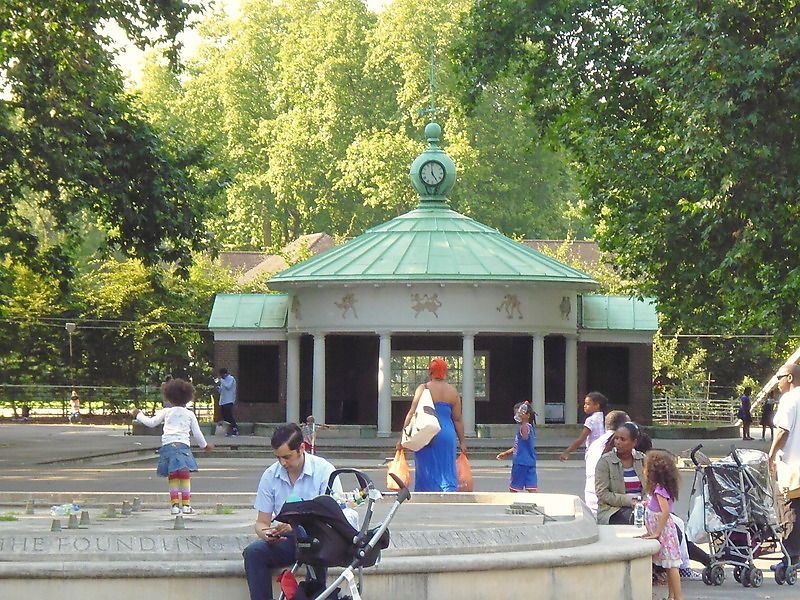 Memorial pavilion forming a playground shelter. 1936. By LH
Bucknell, built in memory of Harold Vyvyan and Vere
Harmsworth. Brick and render with copper roofs. Swedish
influenced Classical style. Central rotunda with columns to
open front supporting a relief frieze depicting contemporary
children at play; conical roof, with projecting bracketed
eaves, crowned by a globular clock and iron weathervane. Lower
brick range across the back of the rotunda extends to form
wings each with a single window. Rear wall with horizontally
set window. Part of the rotunda drum rises through the roof to
the rear.