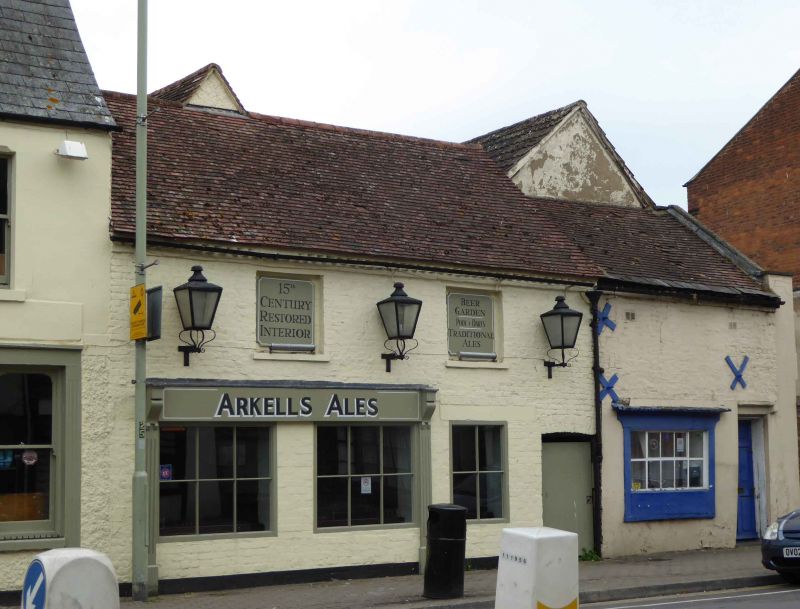 EXTERIOR: two storeys, the front of brick with a late C19 shop front altered in C20 with doorway to left and framed by pilasters at each end with consoles supporting the fascia cornice; to right the entrance doorway to side passage leading to yard at rear; on the first floor two window openings with projecting stone sills, formerly with sashes.

INTERIOR: the inserted C17 floor supported by a bridging beam and chamfered joists; above the first floor is chamfered principal rafter of an original truss, and other evidence of timber-framing.
HISTORY: noteable as a house which survived the destruction of the suburb south of the South Gate by Royalist forces during the Civil War siege of the City on 10 August 1643. In process of alteration at time of inspection. The building has a complicated structural history which requires detailed investigation.