A Grade I Listed Building in Harting, West Sussex 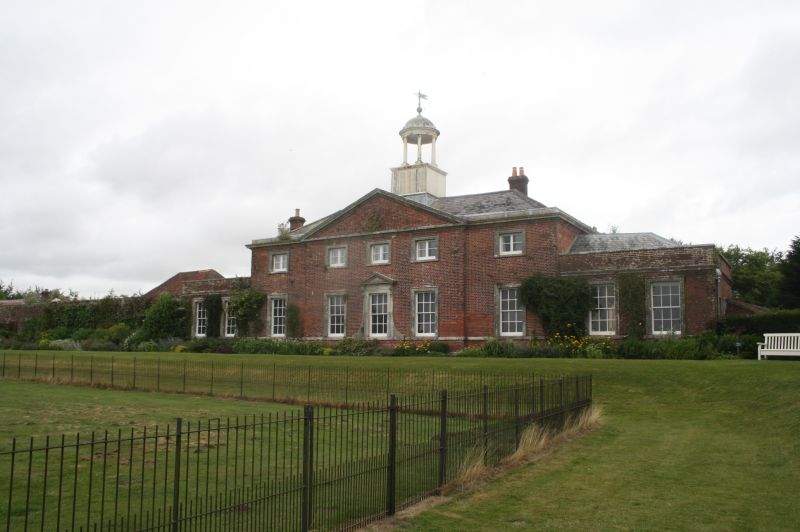 Entry Name: The Stable Block at Up Park to the North West of the House

SU 71 NE HARTING COMPTON ROAD
15/1C The Stable block at Up
Park to the north west of
18.6.59 the house
I
The south wing of the Stables is the second of the balancing blocks built by Sir
Matthew Fetherstonhaugh about 1770, but behind it are two wings at right angles
which form three sides of a courtyard. The south block is of red brick. Three
centre window-bays project with pediment over. Hipped slate roof with turret cupola
in the centre. Two storeys. Five windows. The wings behind (now Nos 1-4 National
Trust flats and the Trust's Office) are of red brick and grey headers. Centre
of east wing projects with a pediment over. Round-headed archway and similar blind
arches flanking it. Five windows.