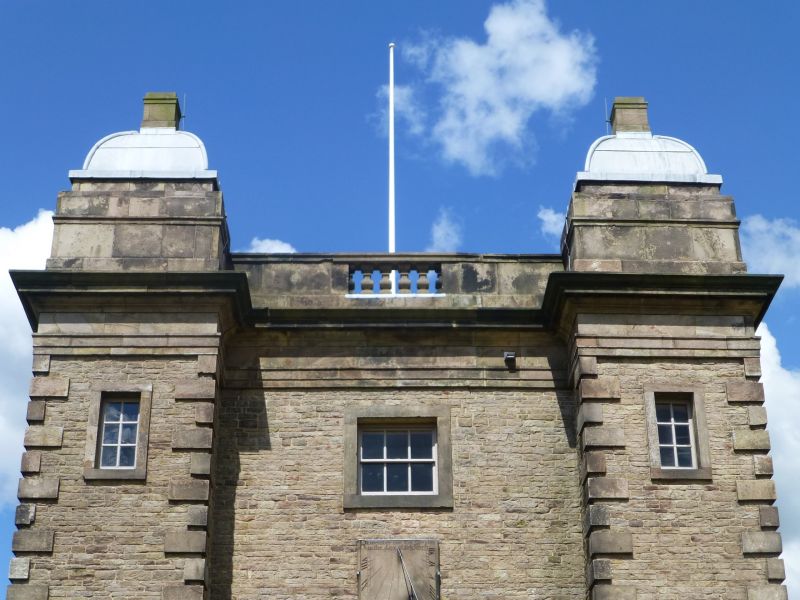 All the elements used in the rebuild can be found in the south and
west ranges of Lyme Park (q.v.) but it is not certain if the C16
structure (paralled by an example at Chatsworth) was totally
demolished or not.