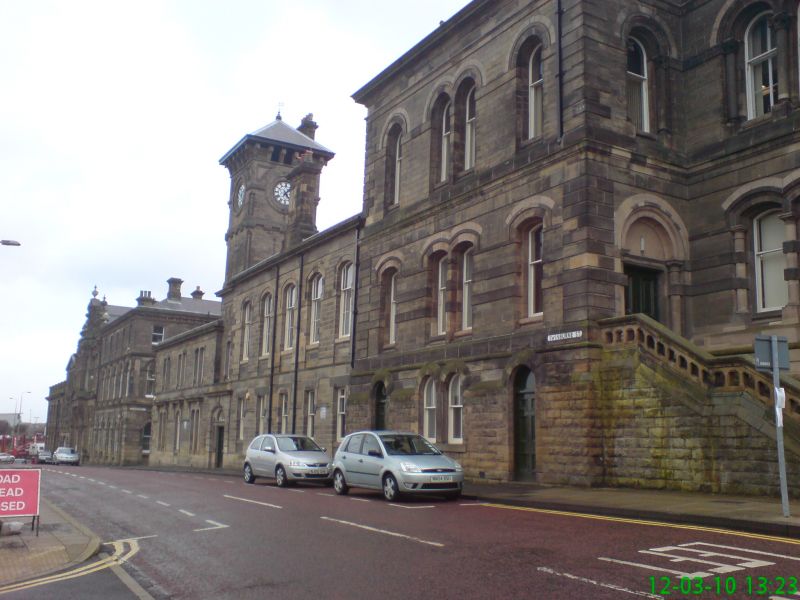 Round-arched central entrance with nook shafts and mouldings. Set back outer
entrance bays have similar doorways, the northern one up a lone flight of steps
as the hill slopes down.

North return has four bays of this building in similar style but with a full
basement storey. Then a mid C19 Italianate ashlar building of two storeys, six bays,
the left bay being a four-storey square tower with a second-floor corbel table and
deeply overhanging eaves, a pyramidal roof and eccentrically placed stone chimneys.

Beyond this a later two-storey, three-window ashlar building of simple character.
South return shows long rear part of rubble with round first floor windows in raised
surrounds. This seems to be a much earlier building, possibly late C18, which was
adapted and incorporated into the Town Hall complex.