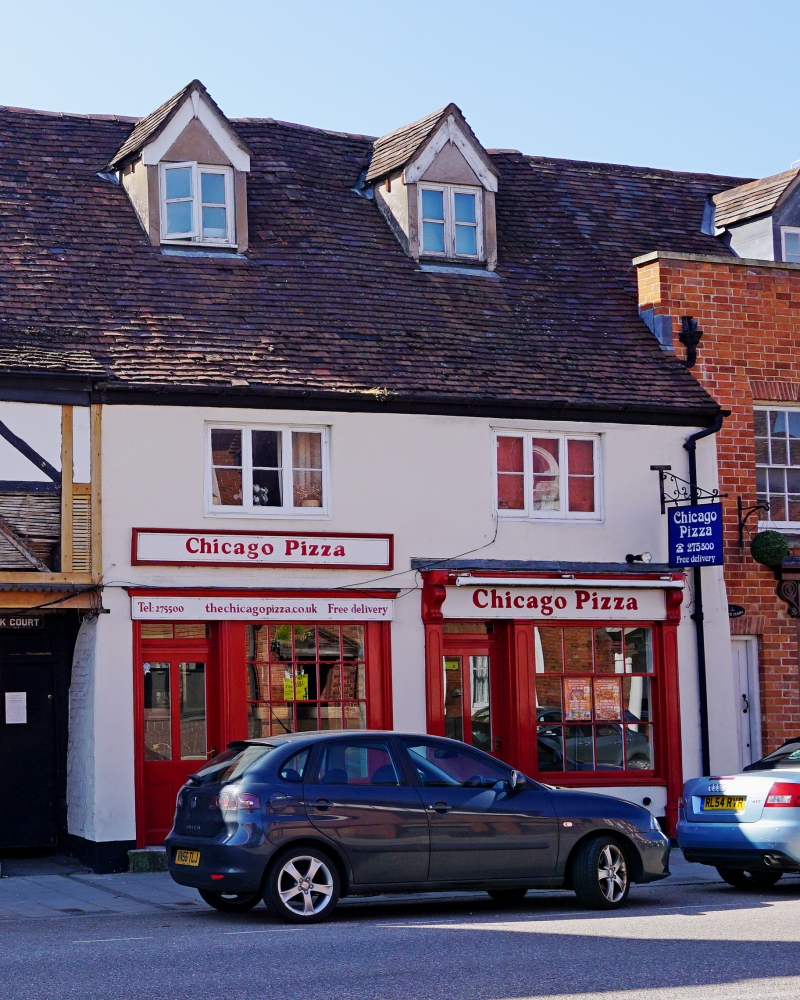 House in row. Late C15 or C16. Timber-framing, rendered street
front, tile roof. 2-bay side-entry parallel-plan front range,
comprising the end house of a formerly jettied terrace row
including Nos 56 and 57 (qqv) low gabled rear wing. There is a
throughway, Mann's Court, to the left.
2 storeys, 2-windowed. 3-light casements to first floor. The
ground floor has 2 bowed multi-pane shop fronts, that to the
right probably early C19 and with panelled pilasters to scroll
consoles; there are 2 glazed doors. No.stack is visible. The
throughway, on stone paving, and with 2 transverse beams, has
heavy braced framing which contains 2 contiguous 2-panel
fielded doors, one, smaller than the other, is in a moulded
architrave. The wing to the back of 59 has a heavy framed
gable with brick nogging. The INTERIORS not inspected, but
likely to be similar to those in 56 and 57 (qqv). Nos 56-59
appear to be of a common building date. They have retained
their fronts of modest scale, with low ceiling pitches, and a
full-width eaves to a long roof pitch, characteristic of late
medieval town houses.