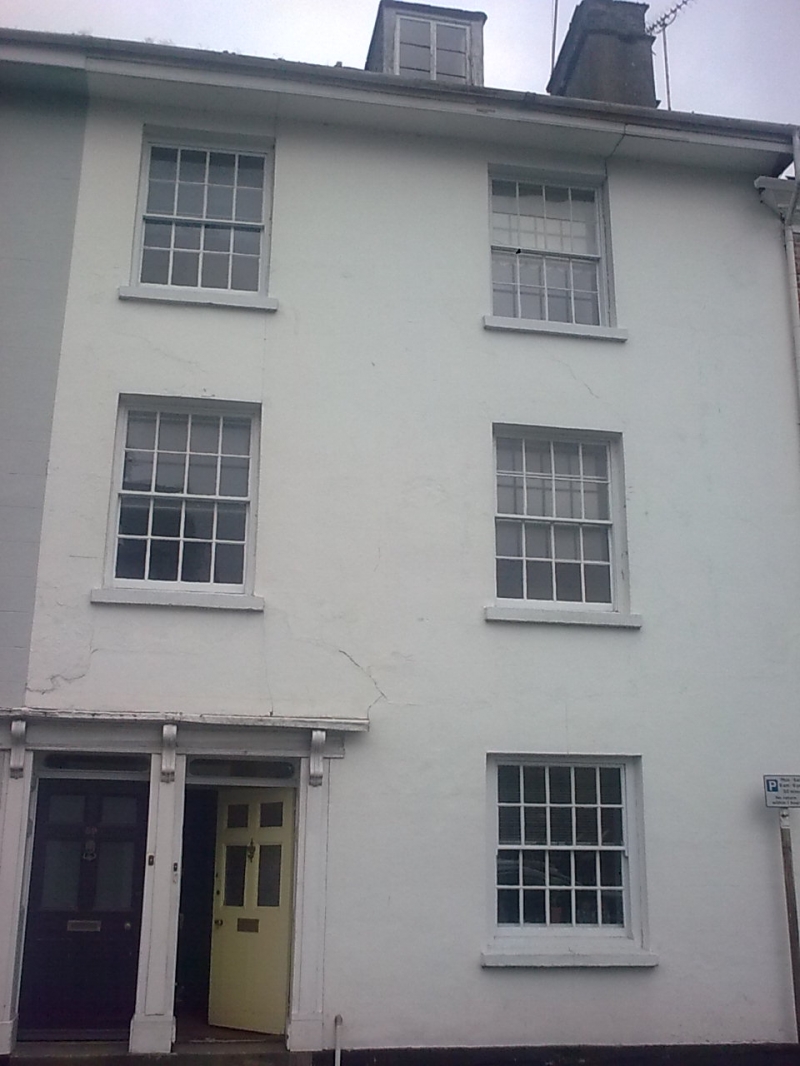 Pair of houses. Early C19. Solid rendered fronts. Slated roof.
Stone-rubble chimney, partly rendered, on each gable-end.
Mirrored fronts, together 3 windows wide with adjoining
doorways in the centre. The latter share a flat hood on 3
enriched consoles. Doors have 3 flush panels below, 4 moulded
panels (now glazed) above; panelled reveals; narrow fanlights
with rounded ends. 8-paned sashes throughout, except that in
the ground storey No 59 has 2 windows with mid or late C19
2-paned sashes. Prominent, plain eaves-cornice.