A Grade I Listed Building in Roosecote, Cumbria 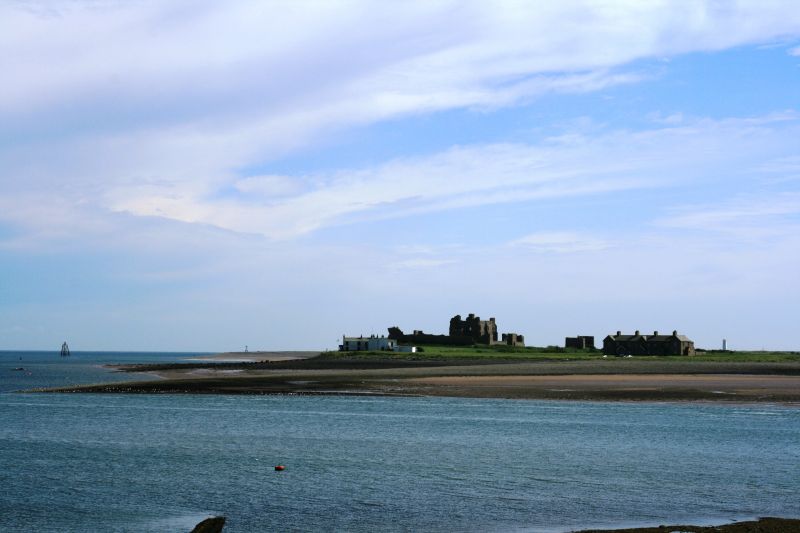 Ruins of castle. Licensed 1327, dismantled 1403, repaired
c1429 (previous list description). Cobble rubble with red
sandstone dressings. Incomplete 3-storey keep now of 2 long
cells with north gatehouse; east side collapsed. Inner defence
on 2 sides has gatehouse to west and corner towers. Less
complete outer bailey with section of wall and freestanding
towers linked by mound and ditch.
Keep: chamfered plinth; offset diagonal buttresses and
mid-point buttresses; pointed, 2-light windows originally with
quatrefoils. Vaulted gatehouse has moulded, pointed arch with
clinging figure carved on keystone; hexagonal clasping
buttresses. Internal spiral stair to left is lit by slits each
side of the buttress; wall bows out at another spiral stair on
right return. Projection at south-east corner has different
floor levels. Vaulted look-outs at corners of parapet. Inner
defence: 2-storey west gatehouse with pointed arches and 2
flights of steps against wall to north; north-west tower is
5-sided.
Furness Abbey (qv) engaged in much trade through Piel Harbour
and fortified this site soon after the Scottish invasions of
1316 and 1322. The castle provided a secure warehouse for
contraband goods including Flemish wool. Henry IV briefly took
possession but not before the abbots had the roof stripped to
ensure the King did not install revenue men. In 1487 Lambert
Simnel and an army of mercenaries landed at Piel intending to
dethrone Henry VII; their march ended in defeat at the Battle
of Stoke. By 1530 the castle had long been in ruins. Scheduled
Ancient Monument now in the care of English Heritage.
(Barnes F: Barrow and District: Barrow: 1968-: 32-33, 38).