A Grade II Listed Building in Hinton on the Green, Worcestershire 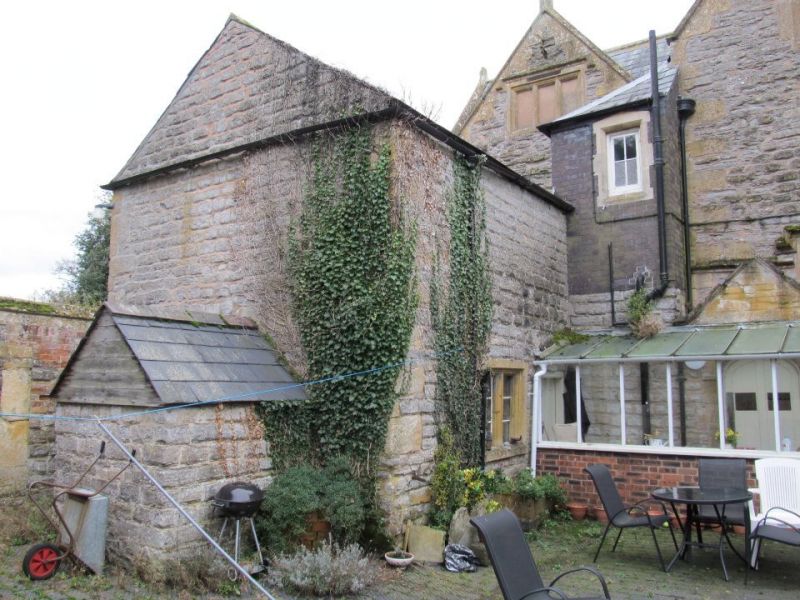 Civil Parish: Hinton on the Green

SP 04 SW HINTON-ON-THE-GREEN CP -
1/168 Manor House
30.7.59
GV II
House. Circa 1670 with early C17 remains and early C17 remains and
early C19 alterations. Limestone ashlar and rubble with Welsh slate
roof. Two storeys with attic. West front entirely C19, of two gabled
bays. Windows are rebated and ovolo-moulded. On the ground floor they
are of four lights with transom. On the first and attic floors they are
of three lights. Chimneys to left and right and between gables. South
wall has 3 light C17 mullioned attic window and a C19 moulded doorway
with Tudor-arched head. The house is the remaining wing of an early C17
house which was burnt by Royalist troops in the Civil War and rebuilt
c1670. A large west wing was demolished in the early C19 when the west wall,
against which it had stood, was re-faced. (VCH, p 264).