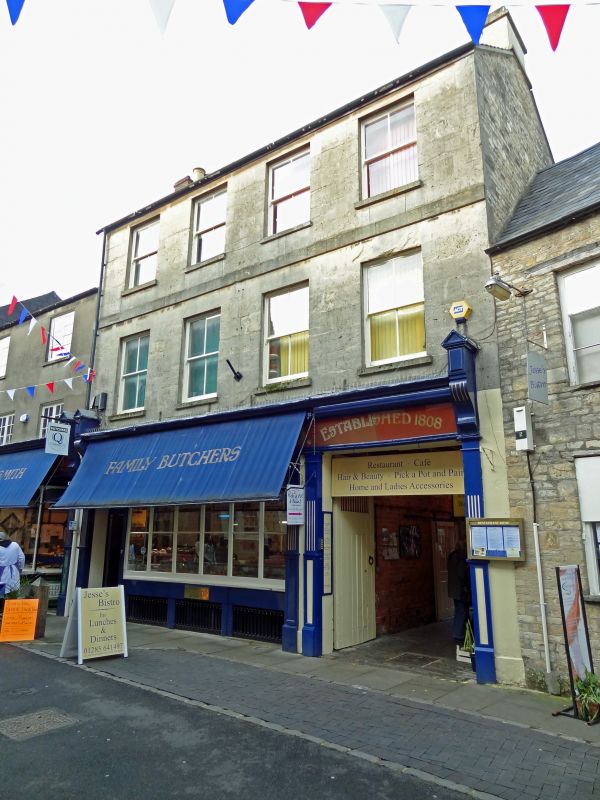 Entrance to through-passage to left of shopfront has panels of Art Nouveau ironwork at head of opening, simple wrought-iron gate, panel over with etched lettering behind glass HOME MADE SAUSAGES; similar panels in friezes of both shopfronts have lettering JESSE SMITH & CO FAMILY BUTCHERS ESTABLISHED 1808.