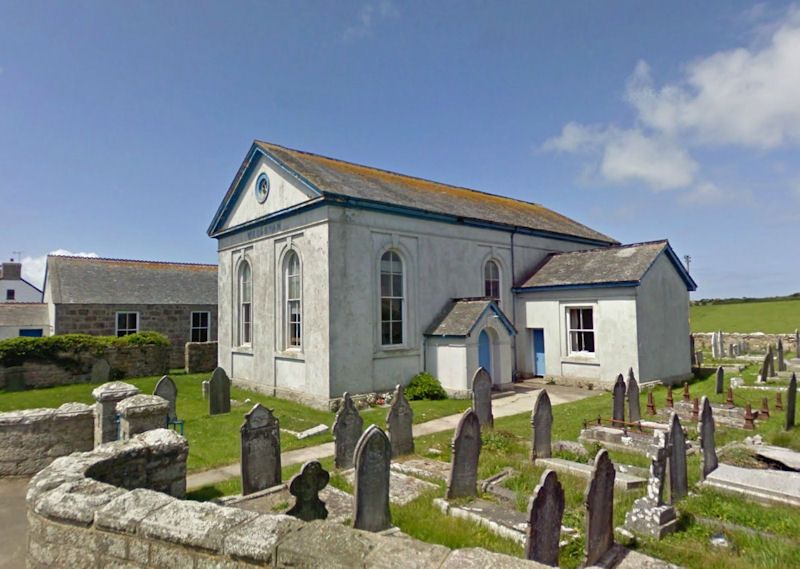 INTERIOR: fine simple interior with moulded plaster ceiling cornice. Ramped end gallery carried on 2 Tuscan columns, the balustraded and pilastered gallery front with moulded cornice broken forward over the columns and with centre break for clock. The steep gallery staircase is a straight flight with closed string and stick balustrade at rear of gallery. Ritual east end has turned balustrade to front of organ loft.

The best representative example of this type of wayside chapel in Cornwall, built to a plan which could easily be extended. Its interest is enhanced by its group value as the principal item in the best wayside chapel group in Cornwall, with its manse, graveyard walls and schoolroom.

Sources: 1509 (Royal Commission on the Historical Monuments of England), An Inventory of Nonconformist Chapels by Christopher Stell (RCHM).