A Grade I Listed Building in Aldworth, West Berkshire 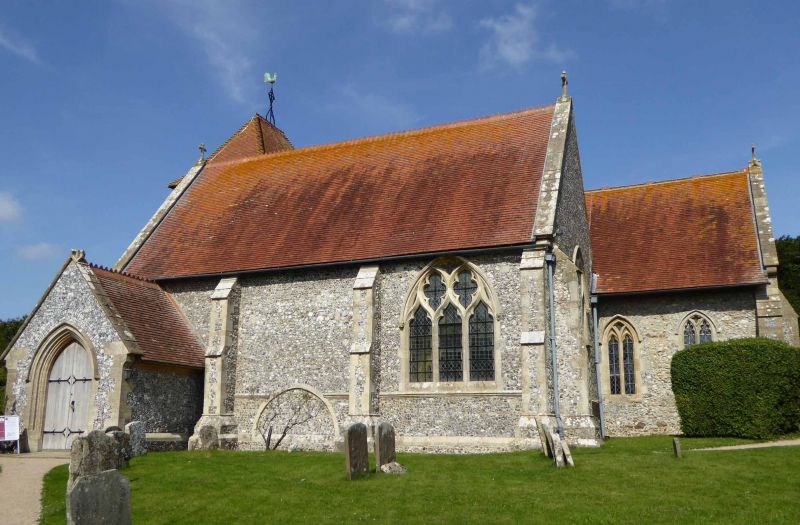 Fittings: C19 carved timber screen between nave and chancel; C17 carved timber pulpit with swags, flowers and ornate strapwork said to have been brought from the Church of St. Laurence in Reading; lectern in similar style with carved architectural perspective flowers, fruit and figures; three bench ends of C14 carving with poppy heads and beasts and three copies of C17 on benches under the tower; simple stone tub font in south aisle.