A Grade II* Listed Building in Wath upon Dearne, Rotherham 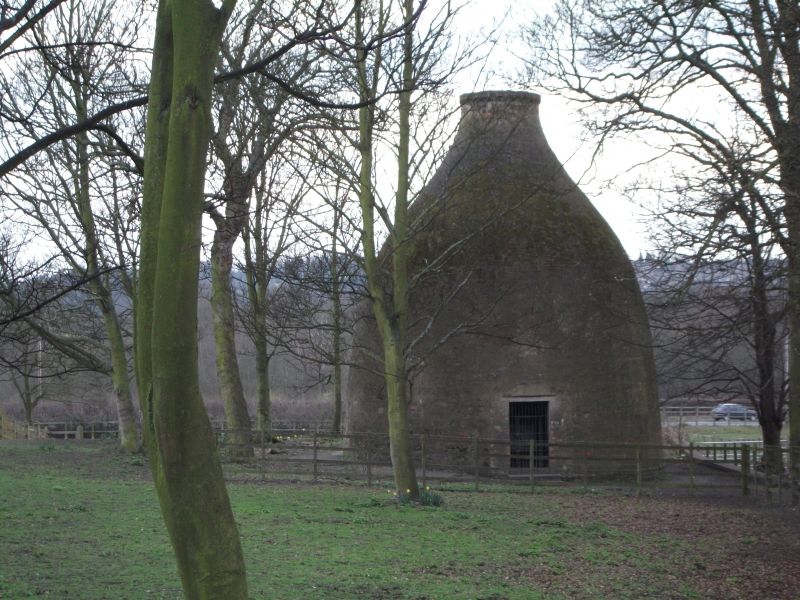 Find accommodation in
Wath upon Dearne

Pottery kiln. Probably early C19. Red brick in English bond,
part-rendered. Bottle shape with door in north side and window
in south side, both boarded-up. Various bricked openings including
doorway in east side. Dentil course beneath capped apex. Formed
part of the Rockingham Pottery which evolved from a works established
in 1745 by Joseph Flint and continued, from c1755-65, as the Swinton
Pottery by Edward Butler (d.1763) and his wife. Passed through various
ownerships which, from 1768-c1776, involved William Fenny of Catcliffe
Glass Works. From 1785-1806 was controlled and finally run down by
Leeds Pottery. From 1806 John Brameld (d.1819) and his son William
ran the pottery with financial support from Earl Fitzwilliam. William
and his two brothers became bankrupt in 1825 but with more Fitzwilliam
support, and now able to produce porcelain, continued in business using
the name Rockingham and the griffin emblem. The major undertaking of
a service for William IV was achieved in the 1830's at the expense of
commercial viability. The works closed in 1842. The kiln is a rare
survival of its type in what was an internationally reknowned porcelain
works.