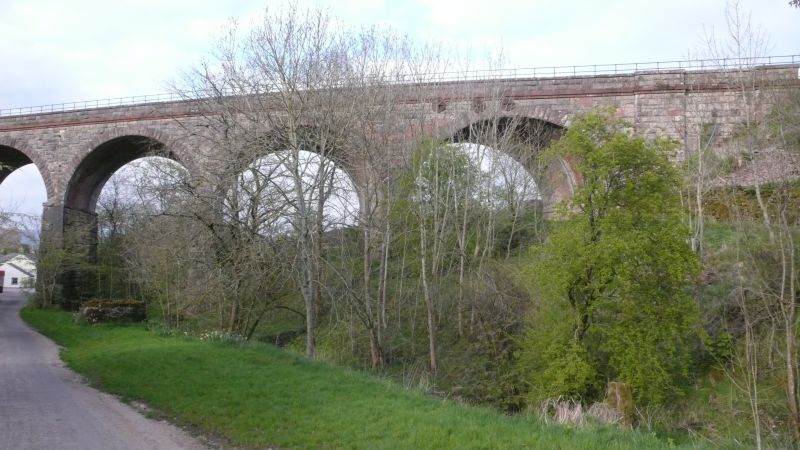 Railway Viaduct . 1875. J S Crossley, Engineer. Rock faced grey limestone
rubble with brick soffits to the arches and much later brick patching. Six arches on battered piers with imposts and a continuous band at track level. Solid parapets, paired pilasters at either end of the structure. Constructed as part of the Settle-Carlisle line of the Midland Railway. Despite alterations it is included for its group value with the buildings of Crosby Garrett village.