Harbour Cottage to the South of the Harbour 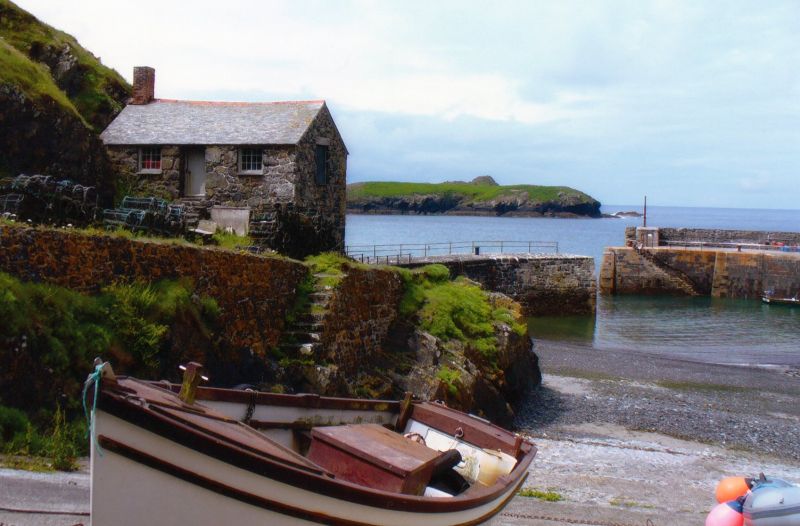 Entry Name: Harbour Cottage to the South of the Harbour

MULLION MULLION COVE
W 61 NE
5/88 Harbour cottage to the south
of the harbour
GV II
Harbour Cottage, circa early C19. Rubble stone with scantle slate roof. 1-storey.
East side: two 12-pane horizontal sliding sash windows, 6 panes per sash, flank
central doorway approached by 6 stone steps. North gable end facing the harbour has
a timber sash window, 6 panes per sash, placed centrally with a very small opening
below. Square brick chimney on south gable end. The cottage stands on the south
side of the harbour on a sloping site, with the south gable and part of the west
elevation built onto the surrounding rock. Including for group value with the
harbour.