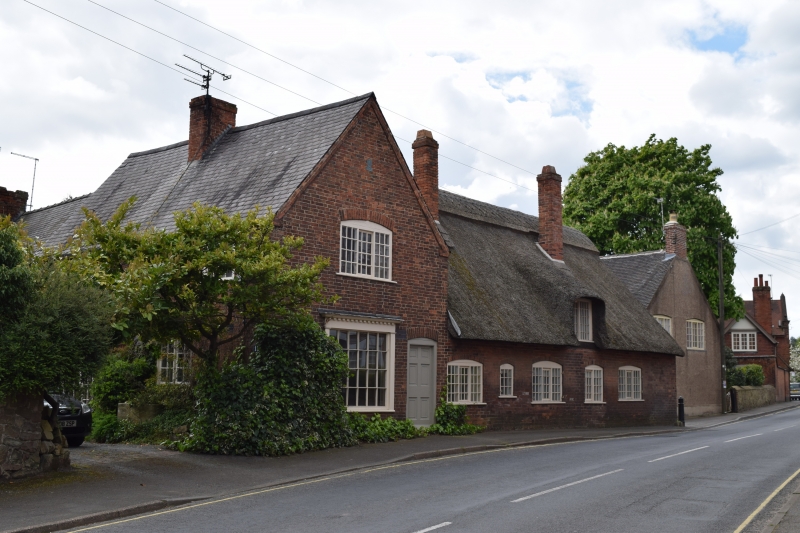 PARISH OF MELBOURNE
HIGH STREET (south side)
Nos 11, 15 (The Thatched Cottage) and No 19

North elevation, on to the street, has gabled early C18 bay to west with a large, small pane C19 shop front and a segment headed doorcase with panelled door. Above there is a central segment headed three-light horizontal sliding, glazing bar, sash. To west the thatched part has three similar windows with a small segment headed fixed pane window between the eastern two windows and a similar two-light sash window in former doorcase between the western two. Above this two-light window is an eyebrow dormer with a similar two-light window.