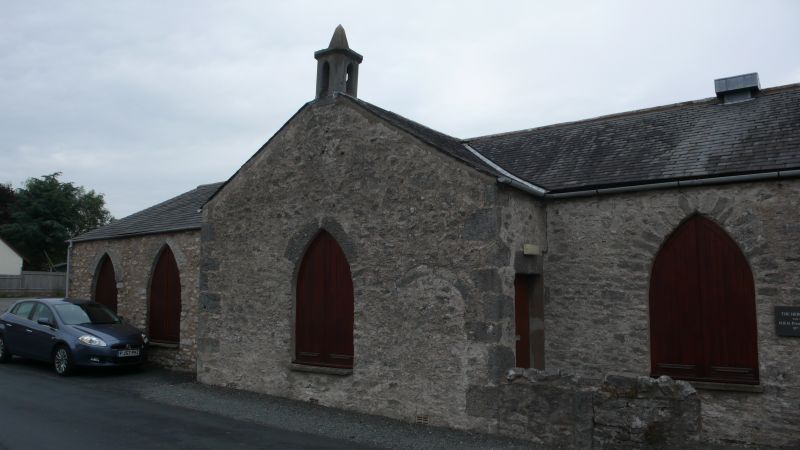 Former School now Village Hall. Rebuilt in 1827 on site of Grammar School
founded in 1663. Limestone rubble walls with roughly-dressed limestone quoins
and window surrounds; graduated greenslate roof with stone ridge. Roughly
T-shaped plan. Single storey. Blocked doorway in South-West gable; inserted
doorway in return has board door. Pointed-arched windows to all but North-East
elevation, that in South-East gable with traceried glazing bars: all others
blocked but said to have leaded glazing. Chimney on South-East gable and
corniced bell-cote in dressed limestone surmounted by pyramid on South-West
gable.