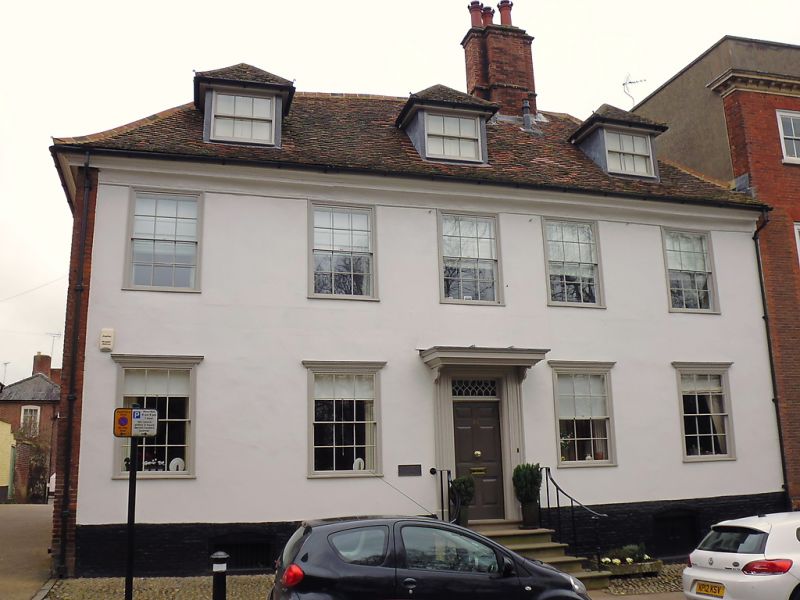 Formerly known as: The Three Tuns Inn CROWN STREET.
House, later an inn, since 1949 offices. Late C17 core; C18
alterations and C20 rear extensions. Timber-framed and
rendered; fully hipped plaintiled roof with wide eaves
overhang and coved plaster eaves cornice; internal
chimney-stack.
EXTERIOR: 2 storeys and cellars. 5 window range: 12-pane
sashes in flush cased frames which replace cross windows with
square leaded panes removed in the 1960s. A central entrance,
up 4 stone steps with plain cast-iron handrailing, has a
reeded wooden surround and a flat hood on curved brackets; a
door with 6 raised fielded panels and a plain rectangular
fanlight.
INTERIOR: the large cellars are lined with flint and brick and
have stone blocks in part of the walling. One upper fireplace
has a bolection-moulded surround of c1700. The building
suffered extensive fire damage in 1949.