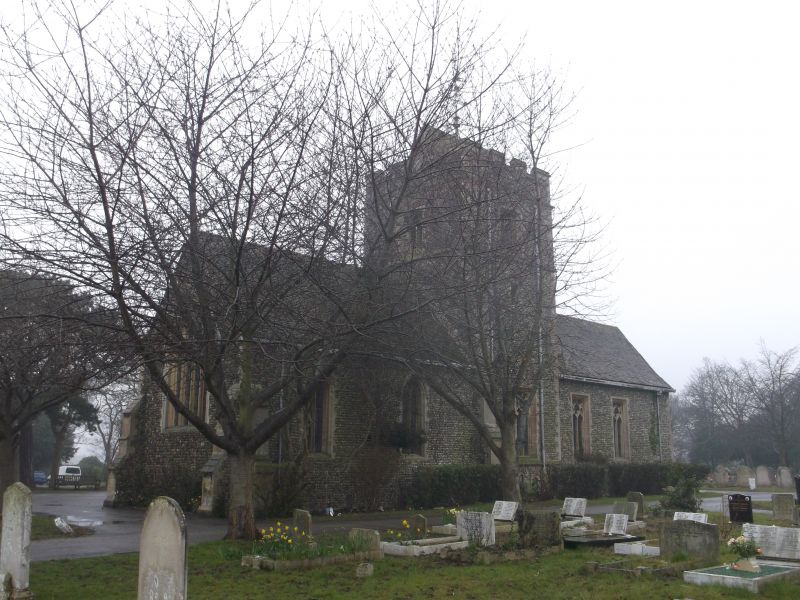 Cemetery chapels. Designed in 1869 and finished in 1872 by George Gilbert Scott junior in Late Gothic style for £6000 for the Ramsgate Burial Board.. Some late C20 fittings to Eastern chapel. Flint with stone dressings and plaintiled roof. Chapels east and west of central tower in symmetrical composition with asymmetrical windows. Eastern Chapel with square headed Decorated style windows and 4 light arched window to East. The western chapel has pointed windows with similar west window. Tower with square headed window to north, pointed to south (the distinction being pointed for the Anglican chapel, square headed for the Non Conformist. Two stage tower with offset buttresses, and south-eastern square turret, with 2 light belfry openings and battlements. Tiled roof and weathervane. Arched doorways to each chapel, on south with plank and stud doors. The western chapel now used as store rooms (a later separate chapel built elsewhere) but contains original furnishing which include college type pews and brick floor. Eastern chapel now used as a Remembrance Chapel and has 3 bay roof with kingpost, tiebeams and arched braces. Late C20 wood and glazed internal porch and brick floor. This was George Gilbert Scott junior's first work in Late Gothic and is of great importance in the reaction from High' Victorian Gothic towards Late Gothic, Englishness and Refinement. The Chairman of the Ramsgate Burial Board, the Rev Charles Carus Wilson, Vicar of ramsgate was a future client of Scott's in Leamington. (St Mark's New Milverton, and Vicarage.) [See Homan, Victorian Churches of Kent, 83].