Barn and Horse Trough to West of Number 36 High Street 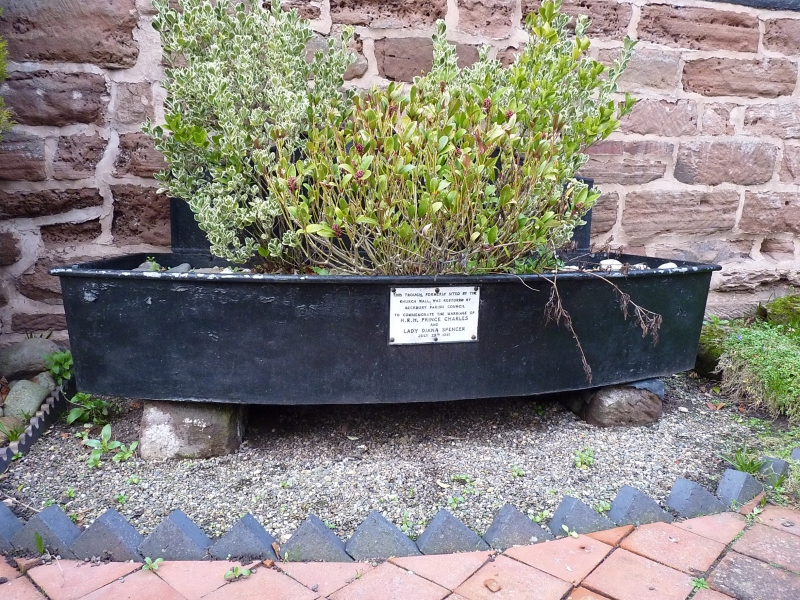 Barn and horse trough to West of Number 36 High Street

The old cast iron parish trough, dated 1854, by H. Banks of Wolverhampton, bowed in plan, and moved here to commemorate the marriage of Prince Charles and Lady Diana Spencer in 1981, stands immediately to the South of the barn.

This entry was subject to a Minor Amendment on 16 February 2017.