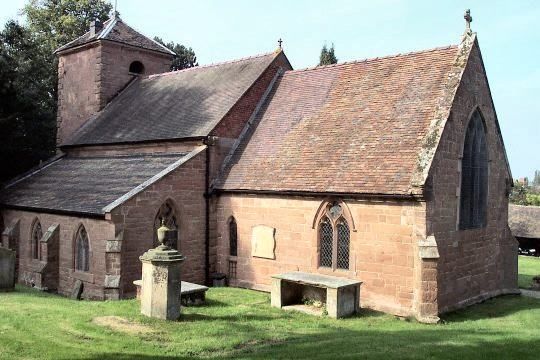 West tower, c1730; two stages on plinth, plain string course, rusticated quoins, moulded cornice and pyramidal roof with weather vane; west doorway has a Gibbs surround, two round windows on north and west faces of belfry, now filled by clocks (J. Smith of Shifnal, 1856), above on west a round headed window and in the east wall a semi-circular opening.