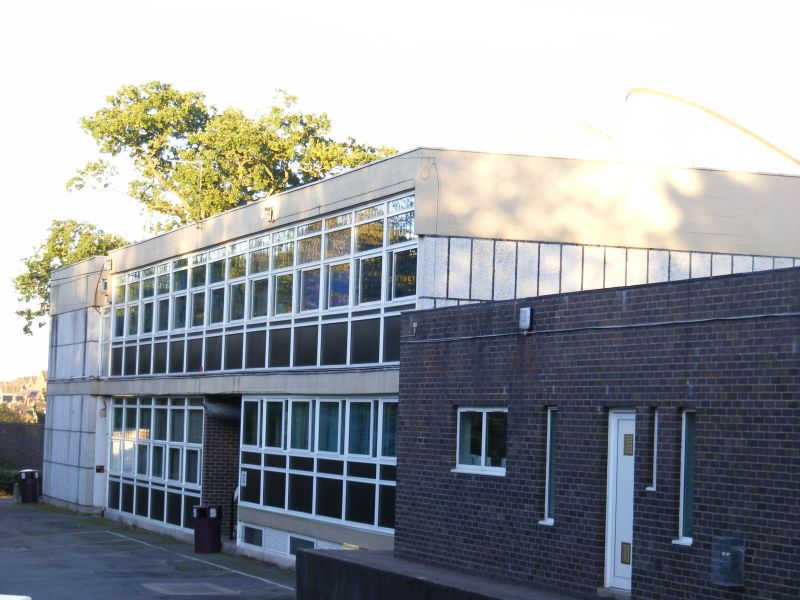 Secondary school, formerly secondary modern school for boys.
1958. Lyons, Israel and Ellis. Board-marked concrete frame
and pre-cast concrete panels, brick and opaque solid panels;
flat roof, except for single storey workshops which have mono-
pitched roofs as do outer edges of hall roof. One and two
storeys with central double-height assembly hall and double-
height library, formerly small assembly hall on one side of
internal courtyard and classrooms on the other. Further
classrooms in two storey band around assembly hall and in wing
to north-east. Gym to south-east. Strip windows with solid
panels below; painted metal frames. Pair of circular features
in concrete with canted tops project at roof level between the
hall and library. Assertive boiler house chimney is made a
feature of the central court. Internal surfaces of exposed
brick and board-marked concrete.
A. Forsyth and D. Gray, Lyons, Israel, Ellis Gray.