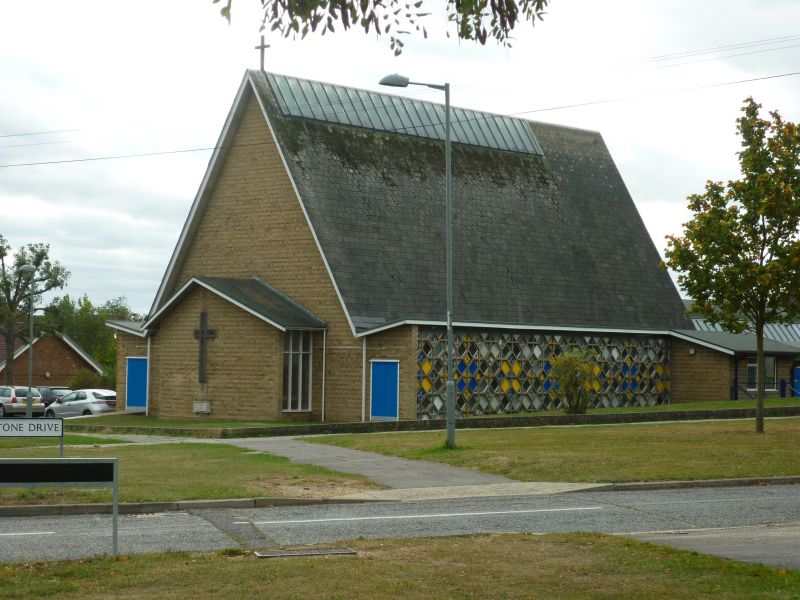 Built as Congregational church. 1955-56. Johns, Slater and Haward. Yellow brick, precast concrete, painted glass, steeply pitched asbestos cement-covered roof. Rectangular, main space with communion table at east end in projecting sanctuary and small stage to west end. Projecting entrance to south west beneath folded slab roof.~ The church is dominated by its steeply pitched zig-zag roof, which descends and then rises to north and south to form aisles without piers. Walls to north and south formed as a pattern of squares on the diagonal in precast concrete, filled with painted glass and perspex in blue and yellow. Continuous long top light to ridge of roof. Internally, unpainted precast concrete rafters and purlins are prominent features. At east and west end, the concrete frame rises to form a straight-sided pointed arch, above sanctuary and stage. A cross is set in the east wall, described in red perspex. A good example of a non-conformist church of the period. (prefabrication: March 1957: 208-221).