The Bull at Foot of Downshire Field Alton Estate 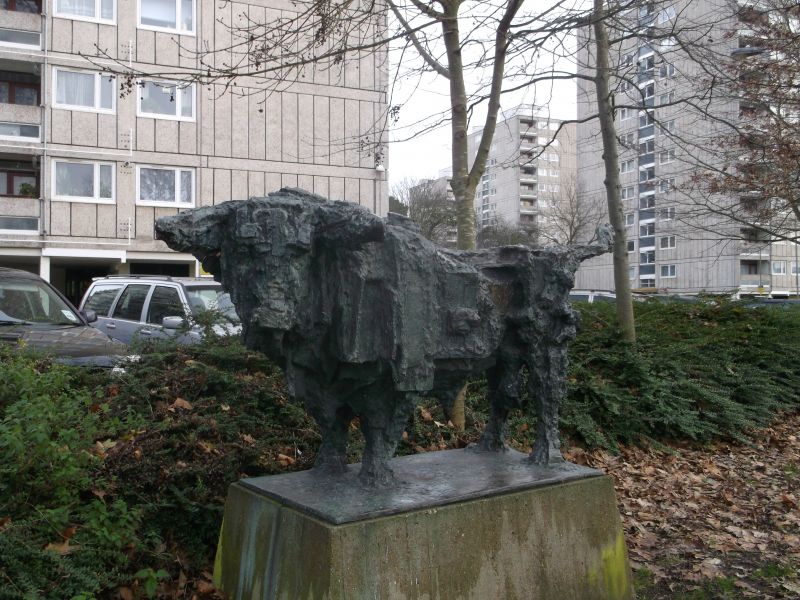 Sculpture. 1961 by Robert Clatworthy, a version of a plaster figure from 1959, commissioned by the London County Council at the behest of A W Cleeve Barr, one of the principal architects working on the Alton Estate. Bronze, ten feet in length. A shaggy, expressionistic figure of a bull that seems about to turn its head; a heroic yet friendly image which is a much-loved centrepiece of the LCC's flagship Alton West development.
Clatworthy specialised in animal subjects and had exhibited a series of smaller equine and bull pieces at the Hanover Gallery in 1957. The shaggy expressionism of the Bull works as a study in movement arrested. Clatworthy wrote that 'in most of my sculpture you will find a series of super-imposed images - as the light changes or the viewer moves around the sculpture so different images of the same figure emerge.'