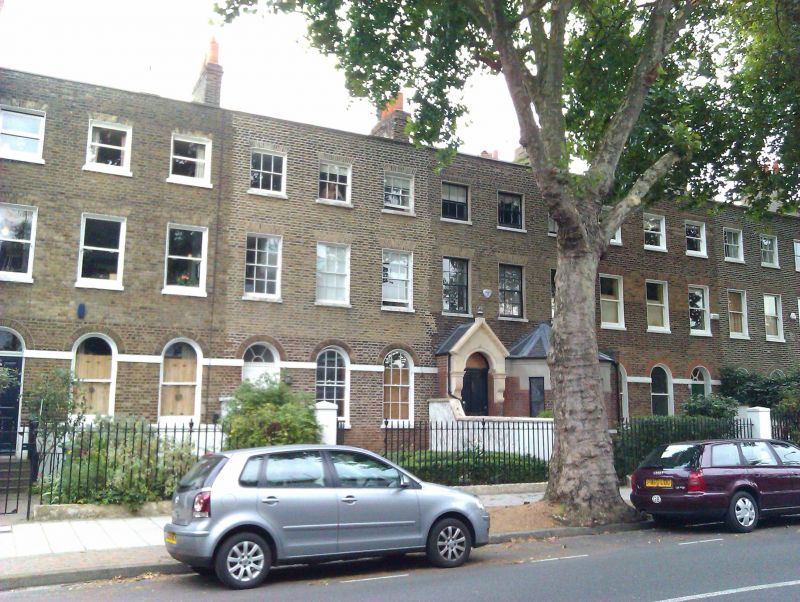 Terrace. Early C19 with some later C19 alterations to No.39
and mainly refenestrated in later C19. Stock brick with stone
coping, brick chimneystacks and roof mainly concealed, except
for No.45 which has a slate mansard roof.
Mainly 3 storeys and basement except for No.45 which is of 2
storeys with attic and basement. 3 windows to every house
except No.45 which has 2, mainly without glazing bars except
for Nos 37 & 39 which have 6-pane sashes to second floor and
12-pane sashes to first floor. Ground floor windows are
round-headed and linked by impost blocks. No.39 has a late C19
4-light canted bay with slate roof to ground floor and late
C19 pedimented porch with panelled door. No.45 has an original
wide porch with partly fluted Doric columns.
INTERIOR: not inspected.
SUBSIDIARY FEATURES: all have attached walls and cast-iron
railings to areas and street.
Forms a group with Nos 15, 17, 21-33 (odd) (qqv).