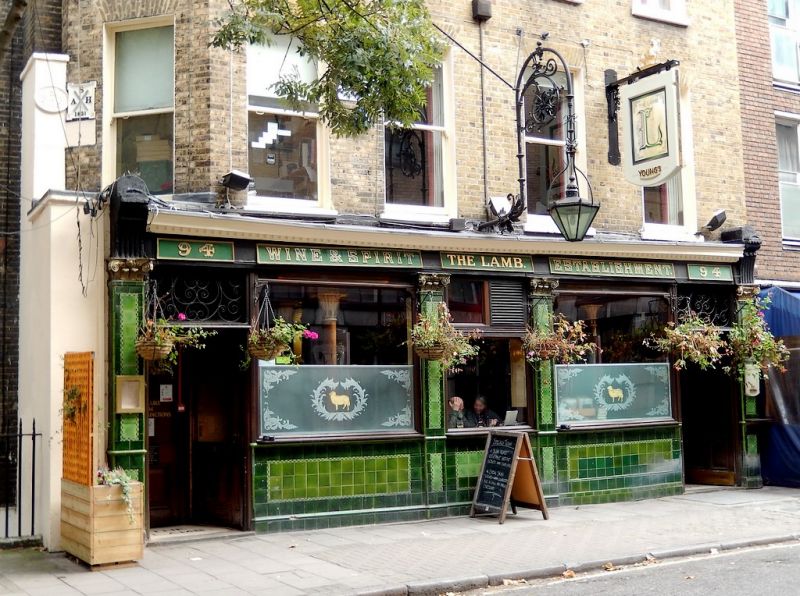 INTERIOR of pub with match-board walls and ceiling. One main area with fixed seating round perimeter and U-shaped bar in centre retaining snob screens with moveable glass panels and engaged with four thin cast-iron columns having palmette capitals. Two similar columns behind front help support upper portions of front. Staircase at rear of building part of 1958 refurbishment of public house, when partitions formerly dividing the front area into two private bars were removed. The lobby partitions were inserted at this time. What remains is an exceptional piece of 'Victoriana', where the real late C19 interior was enhanced by the restoration. Some snob screens are original, others part of this restoration. Partitioned area at rear of right-hand bar with late C19 partitions; this was originally the pub's office.