Church of St Mary by the Sea 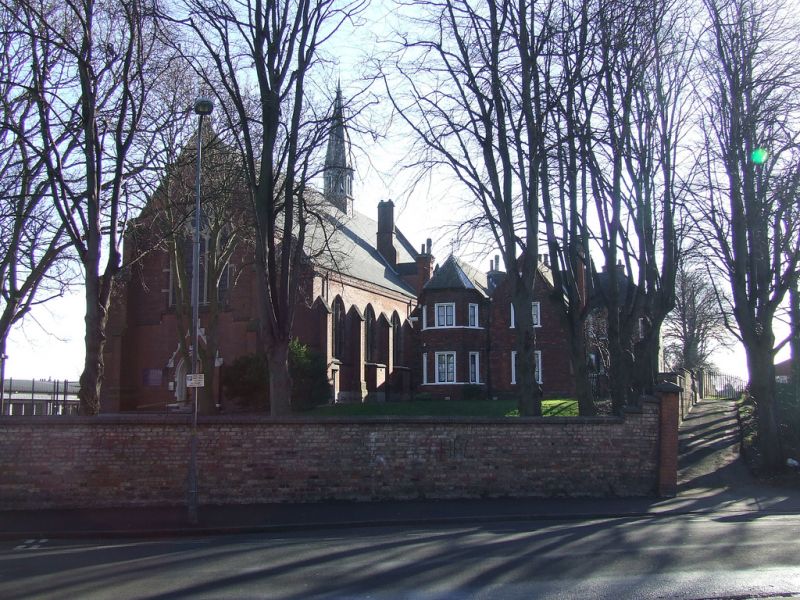 Entry Name: Church of St Mary by the Sea

marble and wrought-iron sanctuary rails, marble altar and
reredos flanked by blind arcaded panels containing piscina and
aumbry; wooden wall panelling and carved floral frieze;
pointed arched south doorway with blocked arch and balcony
above; ornately-carved choir stalls.
Nave has gallery with ornate front carried on octagonal wooden
columns with tall stone bases; columned west organ gallery.
Marble and wrought-iron pulpit with tester and balustraded
staircase. Arch-braced nave and chancel roofs, the latter with
painted panels.
North chapel has elaborately sculpted stone altar and reredos
with marble columns, demi-figures of Christ and saints in
canopied niches, traceried panels with marble insets, stained
glass windows above. 2 inscribed tablets in chapel, one
recording the raising of the altar by Georgina Heneage and its
dedication in 1887, the other an ornate memorial to Thomas
Young of Kingerby, Lincs, benefactor of this church and of
"many churches throughout the Shire".
One of the last churches by the partnership of Hadfield and
Son. Together with the neighbouring Presbytery and its
associated garden walls (qv), forms part of a notable group of
Victorian and Edwardian educational and religious buildings
built on land provided by the Heneage Estate.
(The Buildings of England: Pevsner N, Harris J, and Antram N:
Lincolnshire: London: 1989-: 339; Grimsby - Action for
Conservation: Grimsby Borough Planning Department: List of
buildings of local architectural or historical interest:
Grimsby Borough Council: 1972-: NO.103; Ambler RW: Great
Grimsby Fishing Heritage: a brief for a trail: Grimsby Borough
Council: 1990-: 48).