The Church of Our Lady and St Thomas of Canterbury 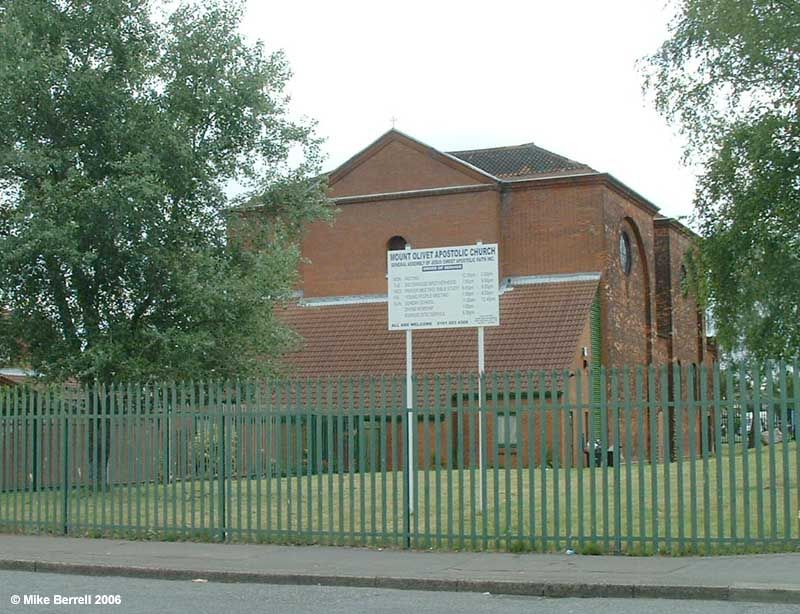 Entry Name: The Church of Our Lady and St Thomas of Canterbury

Parish church. 1926-8 to the designs of Walter Tapper .Extended 1983 with narthex by Buttress Fuller architects, with meeting room and ancillary facilities. Variegated red brick laid in single Flemish bond, plastered interior. Roman red tiled roofs. Renaissance revival style. The design for the church was not fully carried out, and so there is only a one-bay nave and aisles. Chancel and apse, flanked by north chapel and south vestries. The form of the building thus reads as two large blocks flanked by lower accommodation. Iron-framed windows. The elevations of the chancel have plain round-headed blind arches with circular lights at the upper level. The west wall of the chancel is gabled above upward curving side walls, and the apse has simple pilasters. A pair of segmental-headed windows flank the apse. The north chapel has windows on the east and west similar to those in the apse.
Interior. The church is chiefly of interest for its interior. The chancel consists of a major domed compartment linked by a tunnel vault to an apse with a semi-dome at the east. The north chapel occupies the small domed space on the east and the lower level of the northern tunnel vault which contains a two-bay groin-vaulted gallery framed by semi-circular arches on the open sides. Above is the organ loft. The south vestries are contained within a structure similar to that on the north but the wall to the chancel is blocked at the lower level and treated as a two-bay blind arcade in which there is a door leading to the middle vestry. The division between nave and chancel is marked bya large rood loft at gallery level which is sited beneath the western arch of the main dome of the chancel. The nave consists of the second major domed compartment and is connected to the chancel by a short tunnel vault. Similar extensions to the north and south serve as aisles. The altar stands within the apse at the east end of the chancel and is raised on two black marble steps. It stands under a yellow marble baldacchino in the form of a groin vault with pyramidal roof supported on four Ionic columns with entablature. Carved details are in white veined marble. The altar is made of the same materials, the yellow marble being confined to panels. The east end is partly screened by a gallery bearing a rood. Font in west end of south aisle of painted stone. It is octagonal, with stem made up of attached shafts and flat wooden cover. Behind the font and attached to the wall is a painted and gilded tabernacle. North chapel is a Lady Chapel, enclosed by a handsome wrought-iron screen and with window of 1965 from St Philip, Blackburn. Small pipe organ in the north gallery by Nicholson and Lord of Walsall. The church was built at the bequest of Mrs Angelina Frances Clarke, who chose the dedication and form of decoration. The administration of Mrs Clarke's bequest was entrusted to the Community of the Resurrection at Mirfield who appointed their own architect, Walter Tapper ( 1861-1935), to prepare the design. This is a church of exceptional quality and interest. It is a rare surviving work by a major architect, many of whose works have already been demolished. Buttress's addition is simple and respectful, without being of special interest.
Sources
Report of the Council for the Care of Churches, 1998