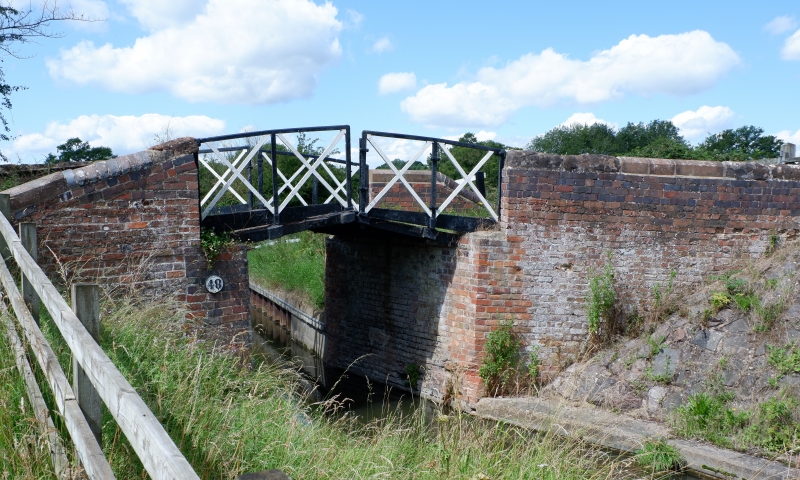 Find accommodation in
Henley in Arden

Split bridge. c1812-1816, with later restorations. Brick
abutments and walls with stone and concrete copings, cast-iron
rails and decks. Abutments support 2 cantilevered decks with
x-framed integral handrails and are split for tow ropes.
Splayed parapet walls.
The South Stratford Canal was constructed between 1793-1816 at
a cost of »500,000. 13.5 miles of the canal from Kingswood
Junction, Lapworth to Stratford-upon-Avon was leased by the
National Trust in 1960 from the British Waterways Board for
restoration. The National Trust acquired the freehold c1964.