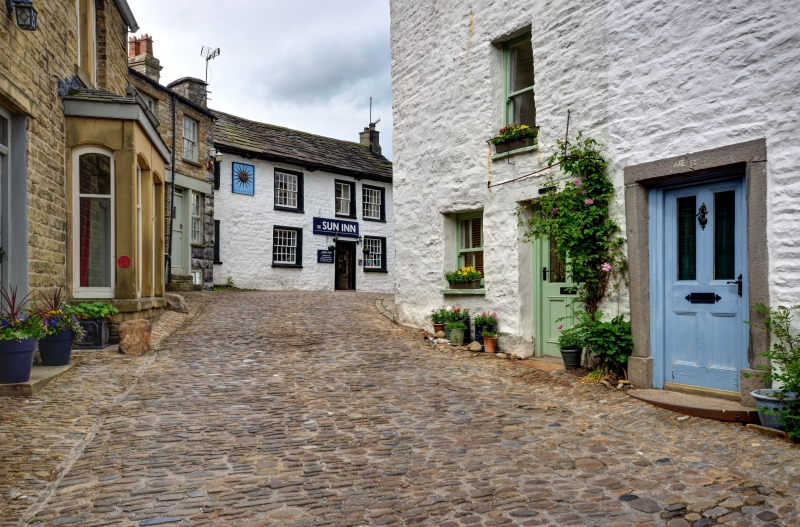 Inn, now public house. Probably mid C18 (described as "newly
erected" in 1758); extended and altered. White-painted
roughly-coursed rubble with quoins, stone slate roof.
Single-depth 2-unit plan with short extension to left, large
rear wing to north half and outshuts in the angle.
EXTERIOR: 2 low storeys, 1:3 windows. The 3-window main range
has a square-headed doorway offset slightly right, a 4-pane
sash above the doorway, and two square 20-pane windows on each
floor, all with painted stone surrounds; an old square
signboard to the left at 1st floor, with a radiant smiling sun
over curved lettering "BEST ALE UNDER THE SUN", and 3-step
mounting block near the right-hand corner. The 1-window
extension to the left has one square sash on each floor (4 and
20 panes, respectively). Ridge chimney at junction, gable
chimney to right.
Rear: gabled 2-storey rear wing with corbelled chimney;
outshuts to right, with later extensions.
INTERIOR: 2 axial beams in left bay, 3 lateral beams in
right-hand bay; C18 dog-legged staircase in rear wing, with
closed string, small turned balusters, and fielded panelling.