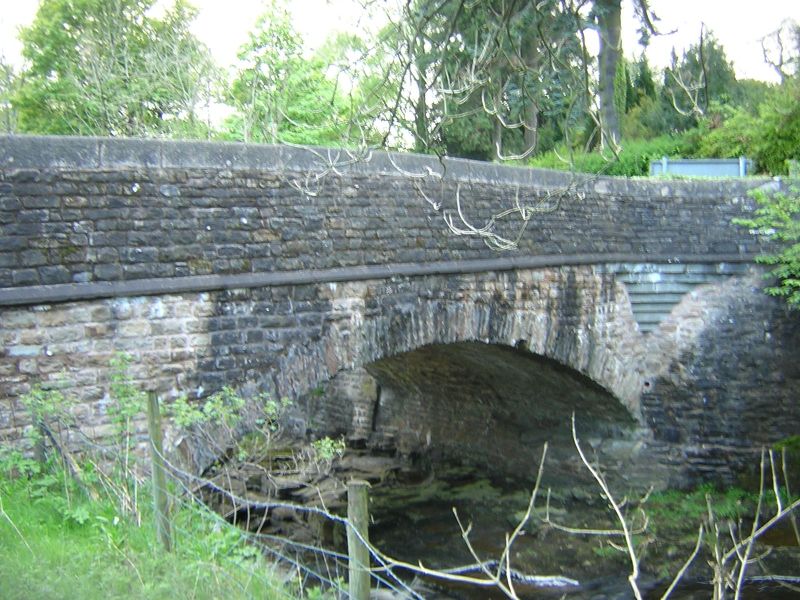 Public road bridge over Clough River. Probably late C17 or
early C18; more than doubled in width by addition to west side
in 1834 (date on top of north-west terminal pier). Coursed
limestone and sandstone rubble, parapet coping of large
flat-topped blocks. Segmental arch with rubble voussoirs,
chamfered straight stone slate string-course; squinch at
north-west corner; parapets splayed outwards at both ends, and
large inscription "1834" on top surface of north-west terminal
pier. Axial joint in soffit of arch shows that original
eastern portion was very narrow. (Major repairs in May-June
1995 included partial rebuilding of west side, insertion of
reinforced concrete saddle under carriageway, rebuilding of
spandrels on east side with concrete blocks and rubble facing,
and replacement of parts of string course and parapet on east
side with re-used stone.)