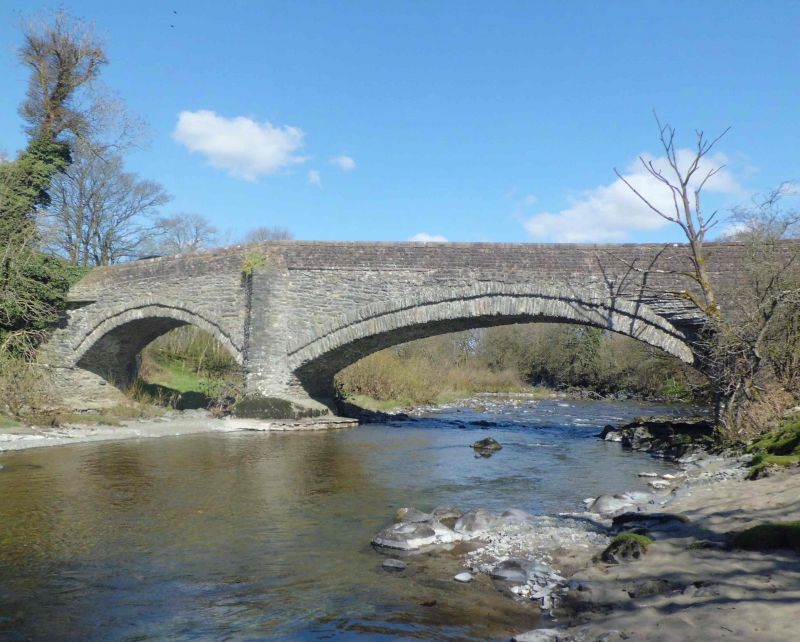 The asset was previously listed twice also under List entry 1335899. This entry was removed from the List on 19 January 2017.

(Formerly listed as: Lincolns Inn Bridge over the River Lune, that part in Sedbergh CP)

Public road bridge over River Lune. Probably C17; altered.
Mostly mixed random rubble, with parapets of coursed rubble.
Two low segmental arches of unequal width, with stepped rubble
voussoirs, springing from a pier near to the west bank of the
river which has triangular cutwaters to both up- and
downstream ends carried up as triangular buttresses. The
parapets to the longer eastern span are horizontal, those to
the shorter western span slope downwards.