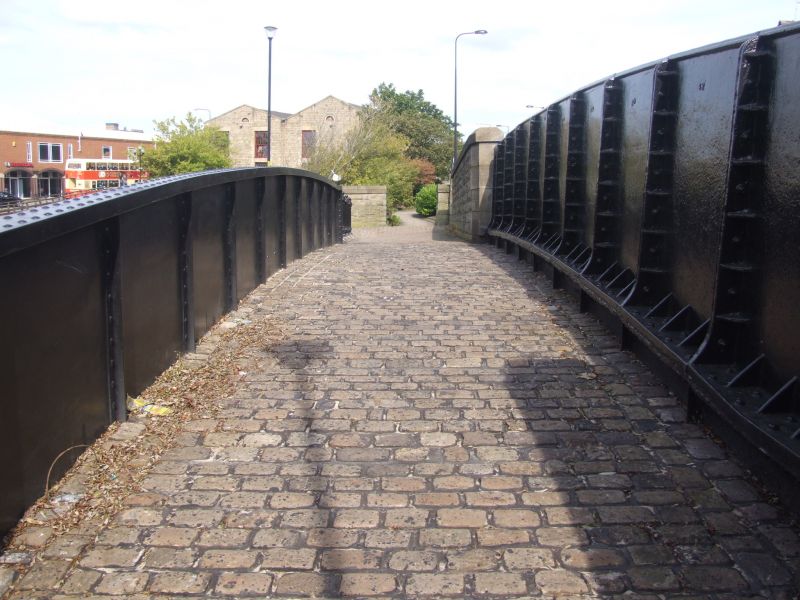 Roving bridge, now public road bridge, over Leeds-Liverpool
Canal. Dated 1816 on north side of arch; for Leeds-Liverpool
Canal Company, engineer John Rennie; widened in 2 stages
during later C19. Original bridge of coursed sandstone blocks,
additions of cast-iron. Semi-elliptical arch with rusticated
voussoirs, those on the north side with a fluted keystone
flanked by sunk panels which have raised lettering "OPENED 18"
"16 OCT 22"; both sides now overhung by cast-iron additions
(partly obscuring the lettering). Towpath runs through on east
side, with restored ramp up north face to cobbled crossover
deck carried on the cast-iron extension. Though largely
obscured by the additions, the original bridge appears to be
substantially intact, and the whole structure forms a striking
feature of the site now known as Wigan Pier Heritage Centre,
grouping with Trencherfield Mill to the south (qv).