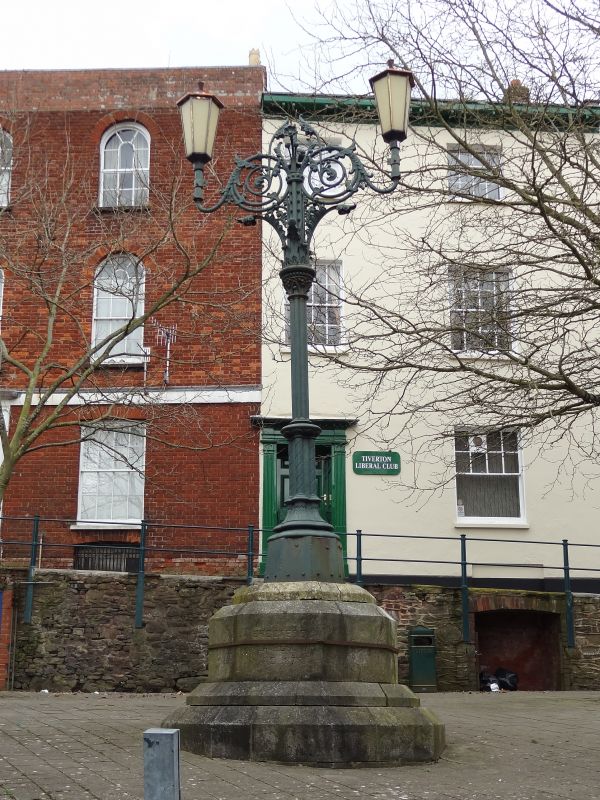 Includes: Lamp standard on traffic island at junction with St
Peter Street ANGEL HILL.
Lamp standard. Dated 1878; by GS Bridgman. Cast-iron, standing
on a 4-tiered, chamfered stone plinth. The shaft is in Gothic
style, consisting of 2 super-imposed sets of clustered columns
with enriched capitals. From the upper of these spring 2 large
foliated scrolls carrying 3 lamps; the latter have been
renewed in late C20. The base, which is held together by an
iron strap, is carved with the inscription: ERECTED BY J LANE
ESQRE JP AD 1878. Below this in smaller letters is GS BRIDGMAN
ARCH. Mr John Lane, a Tiverton draper, had been mayor in 1869.
In that year he had paid for the new town hall clock, and in
1877 subscribed »1,000 towards the cost of the new Baptist
chapel in Newport Street (qv). The architect for the latter
was GS Bridgman of Torquay.
A good example of its type, prominently situated in the
historic town centre.