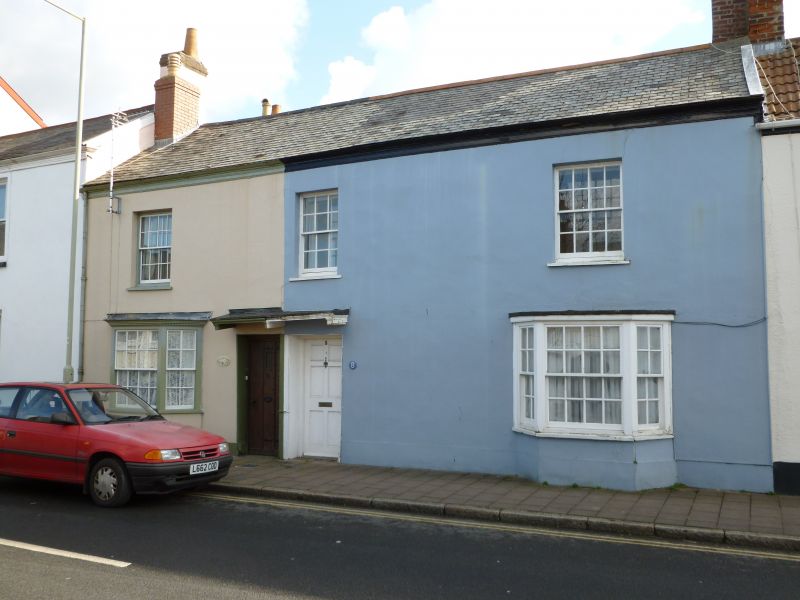 Entry Name: 8 and 8a, South Street

Pair of houses, probably a sub-division of a single building.
Early C19 appearance; off-centre position of doorways suggests
it may be considerably older. Solid rendered front, No.8A
roughcast. Slated roof. Red brick chimney on each side wall,
that to left reduced in height. 2 storeys. Widely spaced
3-window range. Paired doorways, off-centre to left, under a
single flat hood on 3 horizontal moulded brackets; late C20
wood doors. At either side a canted bay window, that to left
(at No.8A) with dentilled top cornice; both have 8-paned
sashes in centre, 4-paned ones at sides. Upper storey has
6-paned sashes in centre window, 8-paned ones in outer
windows. Moulded board below eaves. INTERIOR not inspected.