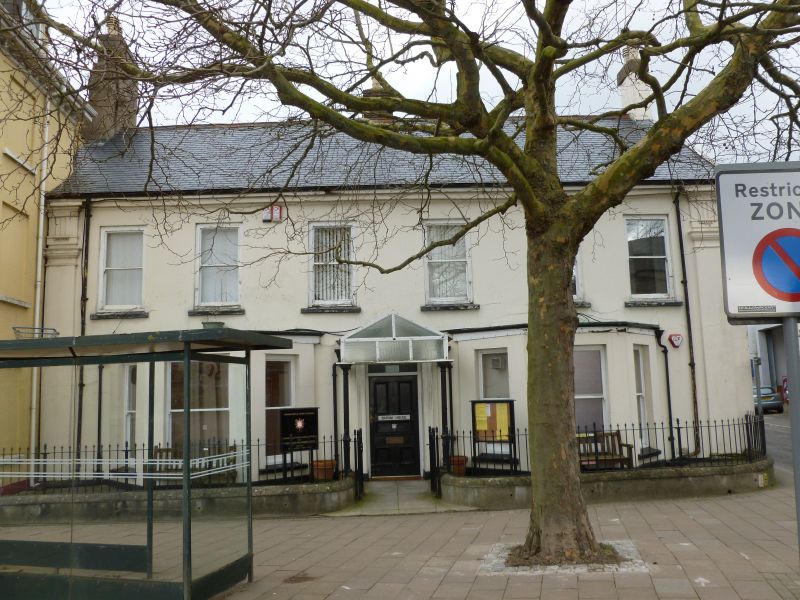 House. Early C18, with late C19 additions. Solid rendered
walls. Slated roof. Rendered chimney on each gable end; red
brick ones just behind centre of ridge and on rear gable of
wing. Probably double-fronted and 2 rooms deep, with late C19
rear wing to right.
2 storeys. 6-window range with flanking giant pilasters, each
with a section of triglyphed frieze on top, the boxed eaves
cornice breaking forward above it. Ground storey altered in
late C19. Centre doorway with deep glazed porch supported at
the front by cast-iron columns with enriched capitals. At
either side a flat-topped canted bay window. Upper-storey
windows have plain sashes in box-frames. Side elevation to
Diamond Street has sashes with margin-panes. INTERIOR not
inspected.
(Baxter J & Baxter J: Barnstaple Yesterday: Bristol: 1980-: PL
66, 101).