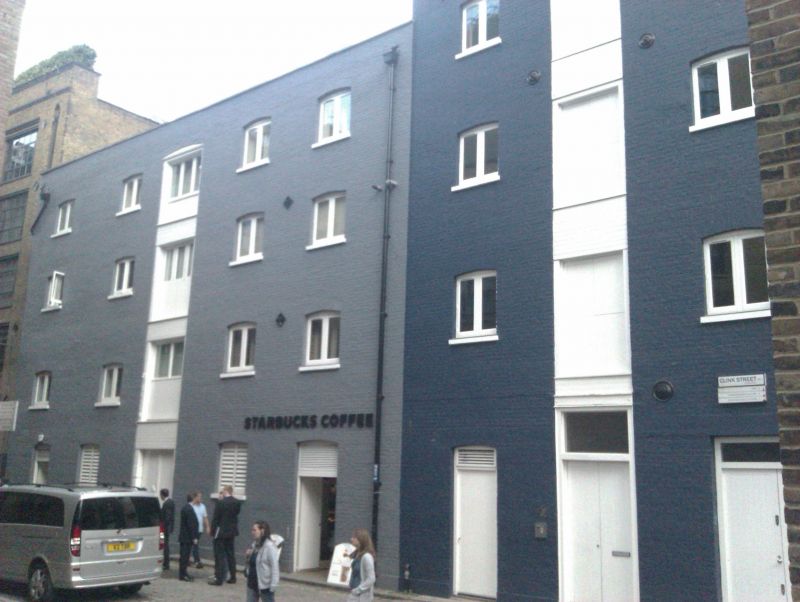 CLINK STREET
TQ 3280 SE
.
Winchester Wharf
636/17/10151
II
Warehouse buildings, formerly two buildings later linked. Built after 1814 and probably soon after 1827 as two buildings, A to the west and B to the east. B has an internal timber dated 1836 with the initial NR. Painted brick, mainly in Flemish bond with English bond interior but some C20 patching, with hipped slate roof of two parallel ranges to A, former hipped roof to B removed in late C20. Four storeys. A has cambered openings with C20 windows and central bay of loading doors. Ground floor has C20 door and right window inserted into larger altered opening with flat cement lintel. Rear elevation is similar built central hoists have been filled in with brickwork, B with engineering brick, though A retain wooden support. Interior has original floorboards, dragon ties and roof with scientific kingpost with carvings too elaborate to be carpenters marks. B is of 3 x 3 bays with similar chamfered upright posts but the head posts are straight and some beams have elaborate secondary supports. Waterfront warehouses of this date in London are now a rarity and so are wooden supports.