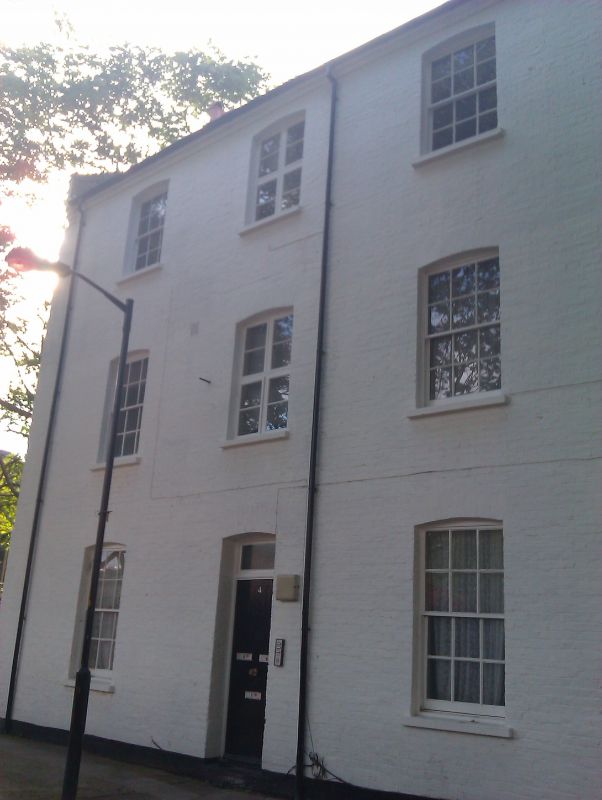 House, originally chambers for single men, now 3 flats. c1840.
Painted stock brick with slate roof, end chimney gables with
kneelers corbelled out on front elevation, which has stepped
brick cornice.
3 storeys, 3 bays. Door in plain reveal to centre bay with
later wood surround. Cambered brick arches to all openings;
sash windows with delicate glazing bars (except 1st- and
2nd-floor centre bay, which are casements).
INTERIOR: recently converted; previously had 3 sets of
chambers on either side of central staircase.
Has sociological interest as an early example of the type of
housing for single men which became increasingly popular later
in the century; a rare example of the type south of the
Thames.