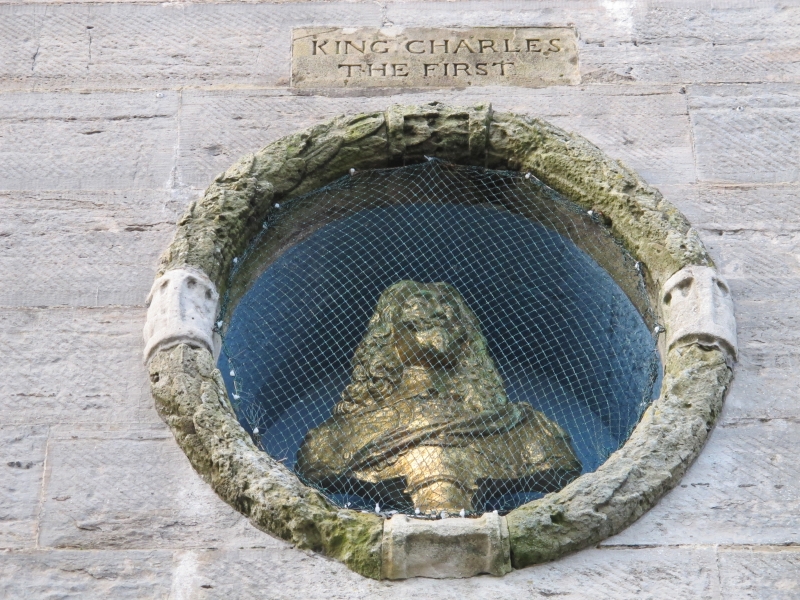 The Square Tower fortification and Governor's residence, now
museum. c1494, extensively altered to form a powder magazine
c1580 and then the Admiralty Victualling store c1780,
reinstated as part of the fortifications mid C19; restored
1978-1985. Stone and brick. Flat stone paved roof with 3
restored mid C19 gun races facing south-west.
EXTERIOR: south-west part 1 storey and north-east part 2
storeys. 2 bays. Main entrance facing south-east within
enclosed yard has on right a 2-leaf late C20 copy of the
original C18 doors with lower panels and vertical iron bars to
upper panels set under a segmental stone arch with rusticated
voussoirs and jambs. On first floor is a mid C18 2-leaf
20-pane casement. To left at saluting platform level is a late
C20 boarded door leading to roof area and to late C20
visitors' viewing balcony. North-west facade has on left a
late C20 boarded door set within C15 opening. On right is an
C18 2-leaf casement set within C15 opening and further right
is a late C20 replica of the original C18 panelled door with
vertical iron bars to top panel. First floor has on left a mid
C19 2-leaf 4-pane casement and on far right a late C20 glazed
infill. On north-east side facing Broad Street is a niche
edged with a wreath. This contains a late C20 copy of a gilded
lead bust of Charles I by Hubrecht le Sueur (original restored
and now deposited in the City Museum). Below are the Royal
Arms on a small bracket and the inscription reads "After his
travels through all France into Spain and having passed very
many dangers both by sea and land he arrived here the 5th day
of October 1623".
INTERIOR: the late C20 restoration has uncovered Tudor
features including two fireplaces and C18 features which
include a stone stairway on north-east side running from
ground to former basement.
(Berridge DW: Restoration of Square Tower, Old Portsmouth,
1985: Portsmouth: 1985-; Balfour A: Portsmouth: London: 1970-:
15; Corney A: Fortifications in Old Portsmouth: Portsmouth: