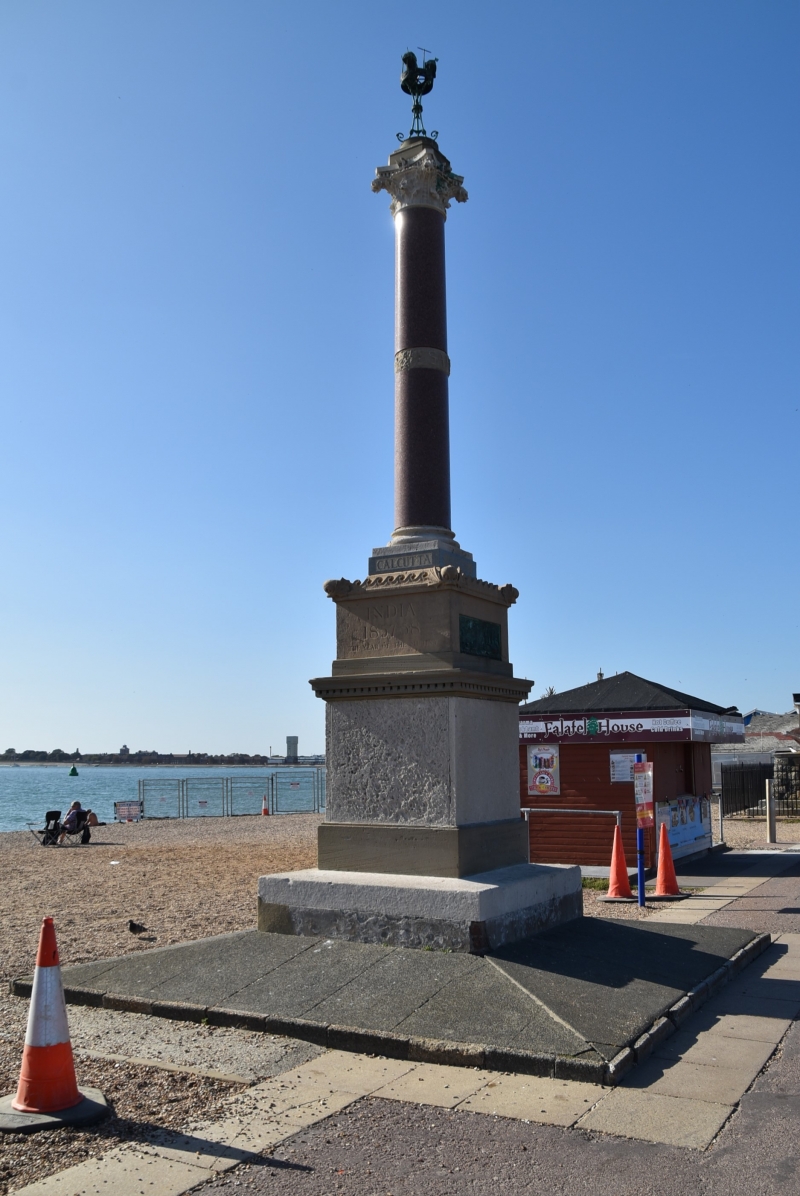 Monument. 1860. Granite and stone. 4-sided tapering pier with
polished pink granite panels framed in white granite supports,
cornice with shell ornamentation to frieze surmounted by
elaborate bronze finial. Monument sits on stepped stone plinth
with canon bollards at corners. Bronze finial was cast from
the metal of a gun captured at Lucknow and presented to
Shannon's Brigade by General Lord Clyde, GCB, C-in-C of the
army. The monument was erected in 1860 by the Officers and
Crew of HMS Shannon in memory of Captain Sir William Peel,
KCB, Captain Thos. Gray, RN, Mr MP Gavuey, mate, Mr MA Daniel,
midshipman, the seaman and marines of the Shannon's Naval
Brigade who fell whilst employed in the NW Provinces of India
during the mutiny 1857-58.
(Berridge DW: Monuments & Memorials in the City of Portsmouth:
1984-: 7).